DavidsTea to be sold in grocery stores, signs deal with Loblaw Companies 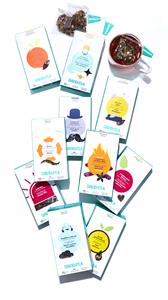 PHOTO: DavidsTea sachets will be available at a Loblaw grocery stores/DAVIDsTEA

MONTREAL – DavidsTea Inc. has signed a deal that will see its tea sachets for sale at grocery stores across Canada.

The company has inked an agreement with Loblaw Companies Ltd. that will see several of the grocer’s banners carry the tea.

DavidsTea packs are expected to be available in a range of Loblaw banners including: Loblaws, Independent, Zehrs, Valu-Mart, Atlantic Superstore, Dominion, Provigo and Fortinos.

The new deal follows a shareholder revolt led by co-founder Herschel Segal to replace the board at the company’s annual meeting in June.

Segal, who took over as executive chairman and interim CEO, has pledged the specialty tea shop will become profitable within a year.

DavidsTea has 240 company-operated stores in Canada and the United States.