Commute with a side of groceries: Loblaw signs deal for train station grocery pickup

Passengers stepping off their train will find their groceries waiting in a special delivery truck, in lockers or in an enclosed kiosk, the grocery chain said 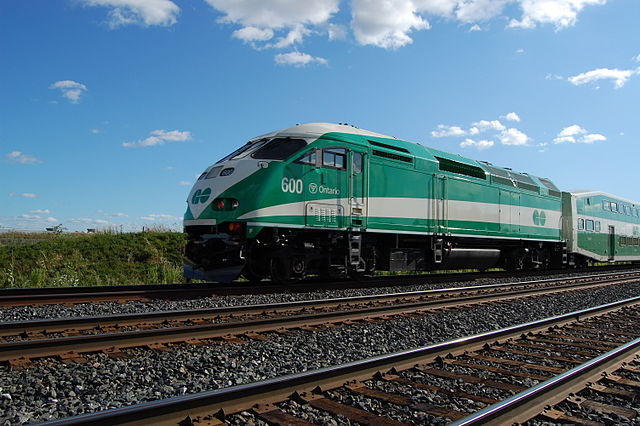 The pick-up service comes as retailers work to rejig supply chains to counter tech giants such as Amazon that are disrupting the traditional marketplace. PHOTO: Milan Suvajac/Wikimedia

TORONTO—Busy consumers will soon have one more way to avoid going to the grocery store as Canadian retailers ramp up their e-commerce offerings in an apparent effort to beat tech titan Amazon, which recently entered the country’s grocery market.

Loblaw Companies Ltd. announced Feb. 26 it will launch a new service in the spring that allows commuters to order groceries online and pick them up at one of five Go Transit stations in the Greater Toronto Area the next day.

“This is a logical extension of our increasingly popular e-commerce services, and the growing customer appeal for ordering groceries online and picking them up when it’s most convenient,” said Jeremy Pee, the company’s senior vice-president of e-commerce, in a statement.

The company partnered with Metrolinx, an Ontario government agency that co-ordinates and integrates transportation modes in the GTA and Hamilton area.

The partnership will initially start with stations in Bronte, Oakville, Rouge Hill, Whitby and Clarkson, the company said, but Loblaw plans to expand to additional sites in the region.

Groceries will come from nearby Fortinos or Loblaws stores, and will be waiting in a special delivery truck, in lockers or in an enclosed kiosk, Loblaw said.

The service is an extension of the company’s click-and-collect offering as it allows customers who travel on Go Transit a pick-up option that doesn’t require them to adjust their daily commute, Loblaw said.

In November, the grocer announced it would also start home deliveries in Toronto and Vancouver through a partnership with California-based Instacart.

Canada’s grocers have doubled down on expanding their e-commerce offerings in response to Amazon’s acquisition of Whole Foods Market, including its 13 Canadian locations, last year. The move sparked speculation among industry watchers that the company may be looking to expand its grocery delivery service north of the border.

Shortly thereafter, Loblaw launched home delivery in two Canadian cities, and Sobeys Inc. signed a partnership to build a customer fulfilment centre in the GTA and launch home delivery in about two years.

Earlier this month, Walmart Canada Corp. announced a partnership with Vancouver-based Sustainable Produce Urban Delivery to start offering home delivery in the city by the summer.

Loblaw’s new PC Express service is consistent with the company’s goal to offer customers the highest level of convenience and value, and should help the company maintain and grow its customer base, said Irene Nattel, an analyst with RBC Dominion Securities, in a note.

“In a world moving increasingly toward giving consumers the option of shopping how they want, when they want, wherever they want, Loblaw is continuing to extend its offering and relative advantage,” she said.