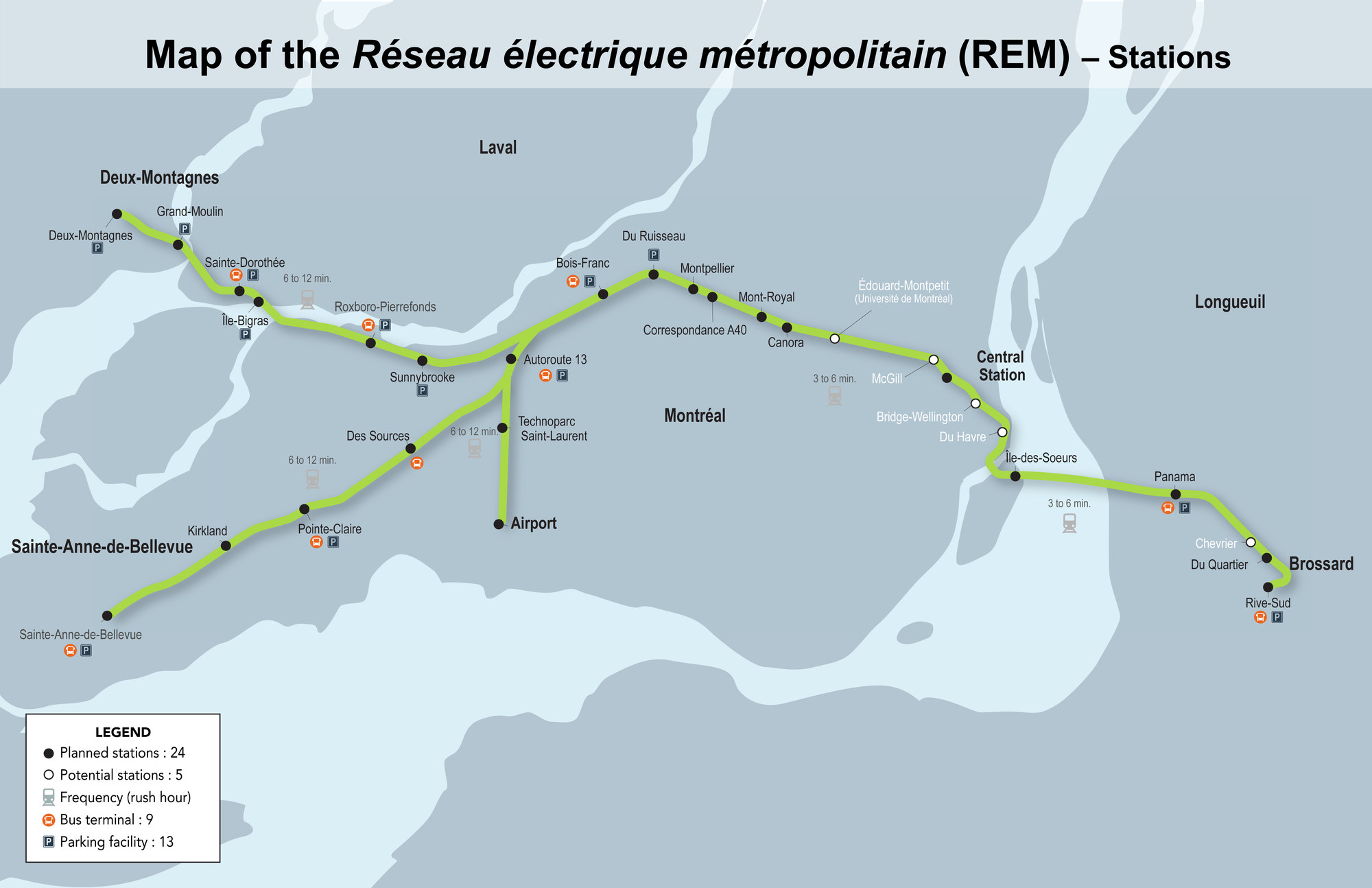 Click to enlarge | A map of the proposed transportation project. The LRT would include 24 stations and run largely autonomously. PHOTO: Caisse

The infrastructure wing of Caisse de dépôt et placement du Québec announced Aug. 24 it has reached an agreement the Canadian National Railway Co. to acquire an aerial structure leading into Montreal’s Central Station that would allow the proposed LRT to access the station directly.

By using the existing access to the downtown Montreal station, CDPQ Infra, which is working to develop the 67-kilometre Réseau électrique métropolitain, could forego building new parallel tracks close to Saint-Paul, William and Dalhousie Streets, as well as preserve several heritage and commercial buildings in the area.

“This agreement crystalizes the vision we had for the REM, that of a unified system, integrated into the urban fabric,” Macky Tall, president and CEO of CDPQ Infra, said.

Along with the purchase of the aerial structure, the deal would allow the LRT developer to buy surrounding land, buildings, structures, bridges, as well as rail infrastructure from CN.

Tabled by CDPQ Infra earlier this year, the $5.5 billion automated REM would include 24 stations throughout Greater Montreal and operate 20 hours a day, seven days a week. Caisse said it is willing to contribute $3 billion, while it asked the provincial and federal governments to pick up the remaining $2.5 billion tab.

Though still largely uncertain, developers say they could have shovels in the ground next spring and the first trains running on the line by 2020.

An environmental assessment hearing into the possible impact of the project is scheduled to begin in Montreal next week.