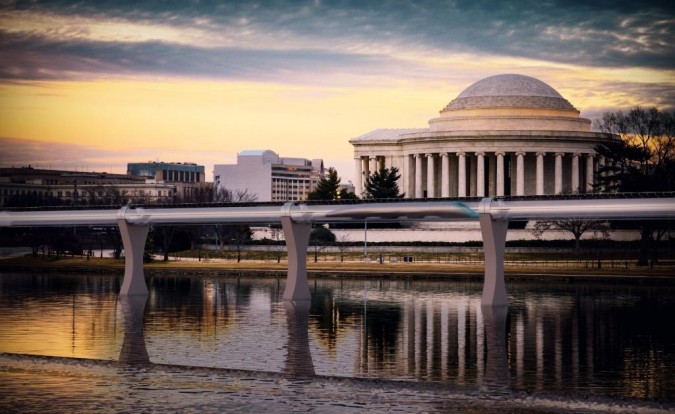 EL SEGUNDO, Calif.—Humanity is one step closer to being shuttled around at high-speeds in something resembling a pneumatic tube.

The concept, known as hyperloop, was originally put forward by Elon Musk and SpaceX in 2013 as a more effective and sustainable way for people to travel over long distances. In the most basic sense, people would travel through a tube inside of a pod while being propelled by a system of fans. Air Hockey table-like air bearings would allow for a near friction-less ride at speeds exceeding 1,000 kilometres per hour. If it were to ever step out of the pages of science fiction, the hyperloop would allow passengers to travel between Los Angeles and San Francisco in about 30 minutes, or across the country – while reaching even faster speeds – in under an hour. Better yet, the entire system could be powered using solar panels mounted on top of the tube.

Though the concept has attracted its undoubtedly warranted set of critics, Hyperloop Transportation Technologies, which is a crowdfunded company looking to make the project a reality, is actually moving toward constructing a demonstration project.

Hyperloop has announced its core team working on a full scale hyperloop has now surpassed 400 professionals. Construction giant AECOM, as well as Oerlikon and Hodgetts & Fung have signed on to provide key technological and infrastructure support to the HTT as it heads towards a groundbreaking in 2016 in Quay Valley, California.

“Our team continues to grow and, along with these new alliances, is representative of the collaborative spirit of HTT and are key to our success in breaking ground in 2016,” Dirk Ahlborn, CEO of HTT said. “We receive applications from professionals and are approached by industry leading companies every day.” 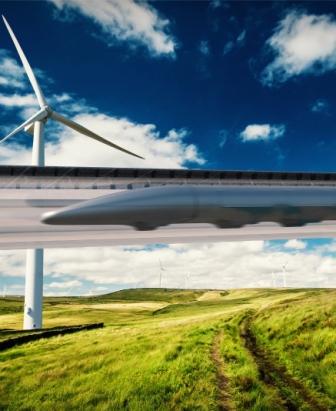 At this stage, neither SpaceX nor Musk is directly involved in the project. Nevertheless, SpaceX says it is interested in helping to accelerate development of a functional Hyperloop prototype. The company launched an open competition challenging teams to construct the best hyperloop pod. The company has also said it will build a one mile test track and host a competition that will allow teams to test their pods.

Though a multitude of factors remain, and skeptics continue to abound, the concept is slowly progressing toward reality. Securing large corporate players to provide expertise is certainly a step in the right direction.

“HTT’s technology is very exciting and could have a significant impact on transportation infrastructure in the future,” Andrew Liu, vice-president of New Ventures at, AECOM said. “AECOM is the industry’s leading engineering design firm, and HTT’s approach to addressing transportation challenges is consistent with our focus on delivering innovative solutions that positively impact the communities we serve.”