Understandably, not everyone has been quick to buy into the concept 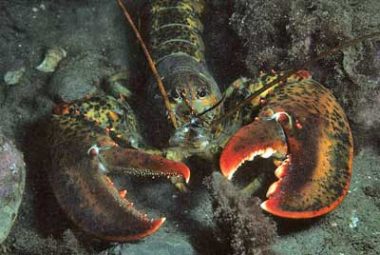 An American Lobster, common across the Atlantic coast of the U.S. and Canada. Less common in beer…until now. PHOTO: Derek Keats, via Wikimedia Commons

Saltbox Brewery in Mahone Bay is now fermenting its first batch of Crustacean Elation—a creation that involved the use of whole lobsters early in the brewing process.

Spokesman Patrick Jardine said it was something they had been talking about for some time, and finally decided to give it a try.

“We said, ‘Hey why not?’ The Maritimes is all about lobster, and lobster and beer go together, so let’s marry them up,” Jardine said.

He said not everyone was quick to buy into the concept.

“Lots of people think lobster shouldn’t be in beer, they just can’t imagine it going together, but the process is really quite easy. You just put it right into the pot while you’re making the beer,” he said.

“We added the whole lobsters to the mash, which is the part of the process where all the starches in the grain get converted to sugars. The flavours get into the malt itself.”

Jardine said once the lobsters were removed, the staff got to eat them, and later the shells were roasted as a way to add more flavour and aroma. That flavour was added during pasteurization.

“There’s lots of curiosity around it. I think we’ll have lots of people out to try it out and we’re anxious to try it ourselves,” he said.

The first batch is now in the fermentation stage and should be ready soon.

Jardine said experienced lobster eaters should be quick to recognize the taste.

“We hope so. Before fermentation we could definitely smell and taste the essence of lobster, so hopefully that carries through into the final product,” he said.

Jardine said if it’s a hit, it may become an annual offering during lobster season.

“It’s lobster harvest season right now, so it kind of married itself quite nicely,” he said.

Saltbox opened its taproom in Mahone Bay, west of Halifax, about 15 months ago, and Jardine said they’ve been experimenting with different methods and flavours, including a beer that’s aged in whisky barrels.

Other breweries have experimented with adding shellfish flavours, including Maine’s Oxbow Brewing, but Jardine says it’s the first time their fledgling brewery has tried.