The food and beverage manufacturer landed in controversy this week when hinting at the potential for daintier corn chips. Experts say it may have been something more than a slip 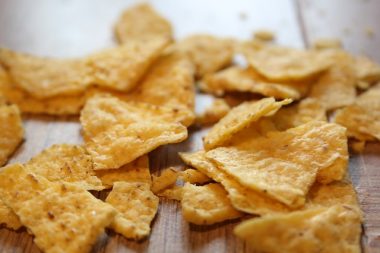 TORONTO—The maker of Doritos is hardly in a crunch after chatter about the potential for daintier corn chips marketed towards women sparked a visceral viral reaction—in fact, experts say comments from the CEO of PepsiCo were likely just a ploy to test the market.

PepsiCo released a statement Feb. 6 calling reporting on the launch of such a product “inaccurate,” adding “we already have Doritos for women—they’re called Doritos.”

The response came after CEO Indra Nooyi said on a Freakonomics podcast last week that women don’t like licking their fingers while eating the snack, pouring the crumbs into their mouths, or munching loudly in public. She added that the snack brand was “getting ready to launch a bunch” of Doritos designed for women and packaged to fit their purses.

Though it may have seemed like a misstep, Canadian marketing experts a calculated way to get free advertising and test consumers’ willingness to purchase gender-based food.

Nooyi is a seasoned and high-profile food industry veteran, who knew what she was doing and was “trying to tap into the market,” said Jordan LeBel, an associate food marketing professor at Concordia University.

“Nooyi is known for pushing the envelope…She knows the power of her words,” said LeBel. “This could be just to test the response. If all hell breaks and people think this is scandalous and it won’t sell, it gives PepsiCo something to work with.”

He said Doritos that appeal to women are likely on PepsiCo’s radar because for years companies have developed gendered products, largely because their research tells them there is a demand for them.

When products tackling such issues make it to market they’re often confronted with social media outrage, which makes deciding when and how to release them tough.

Stonemill Bakehouse Ltd. faced backlash when it launched a women’s bread that was baked to be “milder” and light-textured.“ Meanwhile, Ferrero SpA caught flak for Kinder Surprise chocolate eggs for girls that came wrapped in pink and filled with miniature dolls and Bic had to cope from criticism from comedian Ellen DeGeneres over pens ”for her”, which featured a “thin barrel to fit a woman’s hand,” pink and lavender colour scheme and an “elegant design—just for her!”

As for “lady Doritos”, model Chrissy Teigen, Glee star Jane Lynch, comedian Kathy Griffin, and actress Busy Philipps were among the many critics who took to social media to slam the idea.

Ontario Premier Kathleen Wynne chimed in on Twitter on Monday night with a photo of her eating the snack on a flight to Washington, D.C. with a caption reading, “The original is crunchy, messy and delicious enough for everyone.”

“The more you talk about it, the more sales go up and people are reminded the product still exists,” he said.

He believes PepsiCo intentionally plotted for Nyooi to mention such a product to generate free publicity at a time when it is struggling with how to reach impulse shoppers spending more time in front of screens than ever before.

For years, he noticed Doritos marketers predominantly targeted young, male consumers, but overlooked women, which now has him speculating that the snack giant has awoken to the potential women have to generate sales.

He chalked Nooyi’s remarks up to a marketing stunt, in part because they came before the Super Bowl, when nacho chips are in their prime.

However, Sarah Kaplan, the director of the Institute for Gender and the Economy at the University of Toronto, questioned the notion that it was a ploy for attention because she said it was so “tone deaf” that “what woman is going out to buy Doritos now?”

She thought PepsiCo was trying to respond to recent consumer “pressure to create products that meet the needs of women” because they represent 50 per cent of the population and control 80 per cent of household spending, but ended up making a misjudgment because of the “bureaucratic processes” that plague large companies.

But she added, “Maybe I am too naive to believe that they are willing to completely insult women.”