Ontario to sell pot online in fall, in private retail stores next year

The province will sell pot online once it is legalized on Oct. 17, and a private retail model will be in place by April 1, 2019. Critics say the new model will be hard to enforce safely 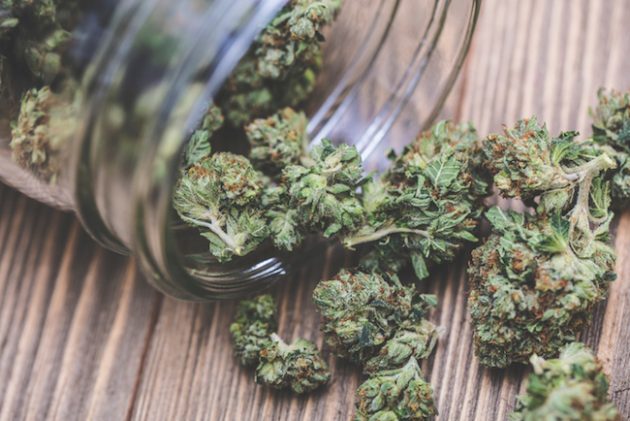 TORONTO—Recreational cannabis will be sold online in Ontario when legalized this fall and in private retail stores across the province early next year, the government announced Monday, reversing the previous administration’s plan to distribute cannabis through publicly owned outlets.

The Progressive Conservatives, who took power at the end of June, said public safety was a top concern as they came up with the system, but critics said the new model could pose enforcement and regulation challenges.

A government agency called the Ontario Cannabis Store will sell pot online once it is legalized on Oct. 17, and a “tightly regulated” private retail model will be in place by April 1, 2019. The OCS will also be the wholesaler to private retail stores, the government said.

“We will be ready to put in place a safe, legal system for cannabis retail that will protect consumers,” said Attorney General Caroline Mulroney. “We will be ready to work alongside municipalities, law enforcement and Indigenous communities to combat organized crime and the illegal market.”

The legal age to buy recreational cannabis will remain 19 and consumers will only be allowed to use legalized pot in a private residence, including the outdoor space of the home. The maximum amount of recreational marijuana an adult can possess will be 30 grams.

Related: Private sector to sell marijuana in Ontario once pot can be legally sold: report

Mulroney stressed that the government will “spare no expense” to protect children from marijuana when it’s legalized.

“Our message to kids, and all Ontarians, is clear,” she said. “Despite the upcoming legalization of recreational cannabis use for responsible adults, it is still a drug that poses risks to health and safety.”

Finance Minister Vic Fedeli said municipalities can opt out of hosting pot shops within their boundaries and stressed that the government will consult with them before moving forward with cannabis in private retail stores next spring.

Retailers will have to follow a series of rules including prohibiting the sale of marijuana to anyone under 19, Fedeli said, noting that those selling to underage buyers will lose their licence.

“We will work with private sector businesses to build a safe, reliable retail system that will divert sales away from the illegal market,” he said.

Fedeli added that the online retail channel launching this fall will have a “robust verification system” and will ensure safe home delivery for cannabis products.

The province also said it will learn from the private models being implemented in Manitoba, Saskatchewan and Alberta.

The previous Liberal government had planned to give the Liquor Control Board of Ontario a monopoly on the sale of recreational cannabis, opening as many as 150 retail stores by 2020. The Tory government does not have a target number of stores it would like to introduce.

NDP Leader Andrea Horwath said the most responsible way to sell legal pot is through the public sector. She urged Premier Doug Ford to ensure the promised consultation on the private retail model is open, transparent and thorough.

“LCBO staff have the experience and training to ensure socially responsible access,” she said. “The model selected by the government needs to push the criminal element out of the picture.”

Interim Liberal Leader John Fraser said the government has chosen a more complex model that could be harder to enforce.

“There will be greater challenges in terms of trying to manage it,” he said.

Robert Schwartz, a University of Toronto professor specializing in cannabis distribution and public health, said it’s hard to imagine the Tory government’s private model would be safer than the previous plan.

“If privatization is meant that any store will be able to sell cannabis, then I would say that this is highly problematic given our experience with tobacco sales that are available 24 hours a day at every corner,” he said.

Schwartz, who is also the executive director of the Ontario Tobacco Research Unit, said private companies have a “profit motive.” Their goal is to sell as much as possible which could mean less adherence to regulations, such as ensuring customers are 19 and older, he said.

Cannabis isn’t as addictive as tobacco, Schwartz said, but those that are prone to addiction could be more at risk with cannabis being sold through the private sector.

“There is a role that availability has to play on getting people started with a product and keeping them using the product,” he said.

“The one warning I would give to the market is this should be focused in a way that’s licensed for local businesses, local farmers and Indigenous organizations and not a sop you would give to big business or friends of the premier,” he said.

Cam Battley, chief corporate officer of Aurora Cannabis Inc., a licensed cannabis producer, said the company is pleased with the change in direction.

“I think we’ll find ourselves in Ontario with a very robust and smoothly operating retail system,” he said. “Beyond that it ultimately may end up putting pressure on other governments to consider their own system, to consider opening it up.”

Battley added that online sales can be done safely with proper age verification.

“We already do that in Canada with wine,” he said. “You can order wine for home delivery by Canada Post and you have to have age verification at the door.”

—with files from Alanna Rizza and Armina Ligaya.