Ontario should heed lessons of other provinces for new beer system: experts

Ontario retail groups are pushing the province to adopt a system similar to Quebec; a hybrid of public and private retail 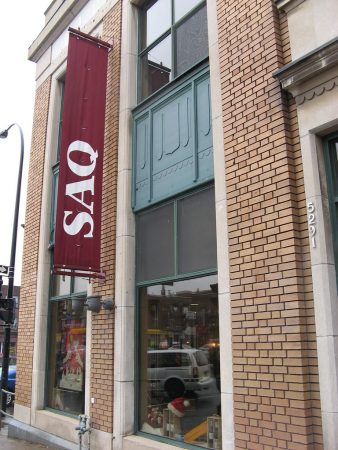 TORONTO—As the Ontario government prepares to move ahead with its plans to overhaul the province’s 92-year-old beer distribution system, experts say it should heed lessons from retail sales systems in other provinces.

Doug Ford’s Progressive Conservatives have made it clear that their goal is to give Ontarians more choice and convenience when it comes to alcohol sales, but details are scant as to how they hope to achieve this.

The PCs have the option of adopting the systems used in Quebec, Alberta or British Columbia, or they can develop something unique.

“The lack of detail suggests that they just have this principle of liberalizing but they haven’t got a vision of what kind of system they want,” says Dan Malleck, a beer expert and associate professor applied health sciences at Brock University.

The B.C. model uses provincially owned and private liquor stores but doesn’t allow purchases in supermarkets. Alberta’s system is entirely private with no limit on the number of stores. Quebec allows sales in grocery stores, convenience stores and big box outlets like Costco in addition to government-run liquor outlets.

Most provinces restrict beer sales to provincially owned stores but Newfoundlanders can pick up a cold one from corner stores and gas stations, while New Brunswickers will be able to buy beer in select grocery stores starting in October.

Ontario retail groups are pushing the province to adopt a system similar to Quebec where distribution is widespread and retailers can set their own prices after negotiating directly with breweries. That allows them to pass along any savings to consumers instead of being constrained by a universal selling price set by producers.

That would not be as financially beneficial for the owners of The Beer Store, he acknowledges, but they would still prosper.

The Beer Store, which is owned by the foreign brewing giants that control Labatt, Molson and Sleeman, accounts for almost 70% of beer sales volume in Ontario, which generated $3.3 billion in sales in 2017-18, according to a recent report by consultant Ken Hughes which recommended changes Ontario should adopt.

Littler said the Beer Store is looking to defend a system that gives its owners substantially greater margins in Ontario than they enjoy in Quebec because of the way that they control both wholesale and retail prices.

Expanding the number of points of sale is sure to increase distribution costs as it has in Quebec where beer is delivered to about 8,000 locations instead of Ontario which has the fewest per capita retail locations in the country, says Dave Bryans, CEO of the Ontario Convenience Stores Association.

“Right now the extra savings go to the beer companies, not to the consumers,” he said in an interview.

Bryans said minimum prices need to be set to protect craft brewers from predatory prices by the global brewers, but he has no problem with beer prices being a little more expensive in convenience stores than at grocers or The Beer Store.

Craft beer sales represent less than 2% of sales at The Beer Store but more than 10% at government-run LCBO locations and more than 15% at grocers.

Allowing sales of beer, especially craft selections, in family-run independent corner stores can help to save a sector that’s been losing five stores a week in the province for the last decade, said Bryans.

“I actually think the craft beer business will bring more millennials into the sector as well and really help shore up the future business model in every community.”

He thinks Ontario will select an open and competitive market like Quebec’s, but with a bias towards craft beer because it is more developed in Ontario than Quebec where the dominance of the big breweries has long controlled shelf space.

The future of Ontario’s beer distribution system remains a mystery because the law that rips up a 10-year agreement with the Beer Store signed in 2015 by the previous Liberal government has yet to be proclaimed more than a month after receiving Royal Assent.

Industry observers believe the provincial government is using the threat of rescinding the legal rights of The Beer Store to compensation as a hammer to force a deal with the retailer.

The Beer Store declined to comment but said after the law was introduced that it would “fight this legislation vigorously through the courts.”

A spokeswoman for Ontario’s new finance minister, Rod Phillips, said the government plans to stick with its campaign promise despite a cabinet shuffle and threat of legal action, but declined to provide any details about the how the system will change or answer questions about the timing of implementing a new law.

“We will continue to work towards getting the best deal possible for Ontario consumers and businesses, and at this time cannot speculate on the outcome of this process,” said Emily Hogeveen in an email.

Canada’s retail council expects the Beer Store will remain a viable competitor even though it estimates that grocery and convenience stores might get about half of the current Beer Store retail business following the changes.

“I think the story that they’re just going to somehow wither on the vine is a little strange,” he said. “Obviously it would be significant or they wouldn’t be spitting bullets like they are currently about the prospect of change.”