Canada plans to double investment in cleantech research and development

Feds announce intention to invest $775 million in clean technology by 2020, up from $387 million last year 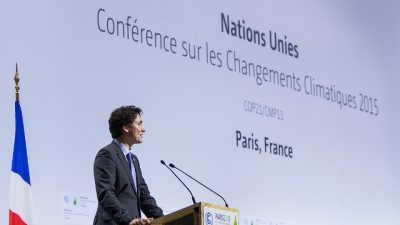 Attending the inaugural Mission Innovation Ministerial in San Francisco, Calif., Carr said the Canadian government will double its investment in clean technology research and development over the next five years—bringing investment in the fast-growing industry to more than three-quarters of a billion dollars by 2020.

“Clean technologies will play a key role in Canada’s transformation to a low-carbon economy,” Carr said. “By doubling our investment in clean technology we will help meet our climate change objectives, increase the productivity and competitiveness of Canadian firms and create clean jobs. We look forward to working with our domestic and international partners to help advance our Mission Innovation goals.”

Last year, the Canadian government invested approximately $387 million in cleantech projects and research—a figure the feds now plan to increase to $775 million by 2020.

A follow-up to the high-profile COP21 climate change talks in Paris last year, the San Francisco summit, consists of 20 countries and the European Union, as well as global business leaders. Mission Innovation seeks to coordinate a global response to climate change and accelerate the pace of clean energy innovation.