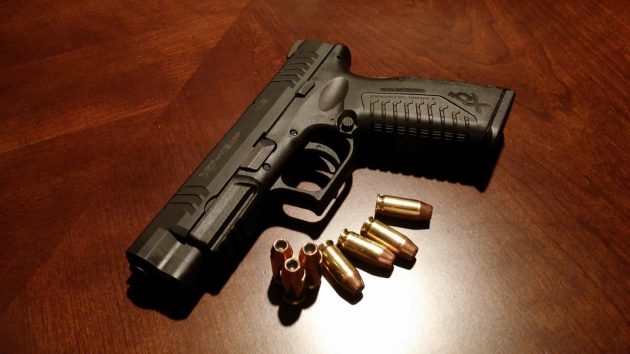 Toronto’s mayor doesn’t see the need for anyone in his city to have a gun. PHOTO: Pixabay

TORONTO—Toronto will ask Ottawa to ban the sale of handguns within city limits, days after a teen and a young girl were killed in a mass shooting on a bustling Greektown street.

City council had already been scheduled to vote on a series of gun-related initiatives Tuesday night, but the issue took on a new urgency after the shooting on Danforth Avenue claimed the lives of 10-year-old Julianna Kozis of Markham, Ont., and 18-year-old Reese Fallon of Toronto. Thirteen others were injured.

In a speech to council just hours after the shooting, Mayor John Tory said there is a growing problem of people improperly acquiring guns that were originally purchased legally. Gun deaths have accounted for 29 of Toronto’s 58 homicides this year—compared to 17 fatal shootings at this time last year.

“Why does anyone in this city need to have a gun at all?” the mayor asked.

Public Safety Minister Ralph Goodale said Tuesday in Ottawa that the Trudeau government will look at proposals already before lawmakers to see what changes can be made.

“I said that we would be prepared to consider their arguments, and we will do that,” he said. “We’ll examine the proposal to see if it can be effective.”

Council also agreed to implement more stringent measures to prevent someone who has suffered from mental illness or been involved in domestic violence from obtaining a gun.

Other motions called for more resources to crack down on gun trafficking, the immediate hiring of 100 police officers and the installation of 40 new closed circuit surveillance cameras.

A fountain in the Alexander the Great Parkette has become one of the main places for people to leave flowers, candles and messages.

“The people here are very friendly and it’s a very loving community,” said Marlene Julien. “What I see here is very touching.”

She said it’s important that the community comes together because residents of Greektown need support and positivity.

“We really need to embrace the opportunity to make a change,” said Julien. “We just need to bring back our peaceful Toronto that we had before.”

On Tuesday evening, heavy rain and a thunderstorm forced pedestrians to seek shelter in restaurants and bars on the Danforth.

7 Numbers restaurant at Danforth Avenue and Bowden Street was packed with customers happily drinking and eating, with occasional mention of the gunman who was found dead after an exchange of gunfire with police just steps away.

Earl D’Almeida said he felt it was important to eat at a restaurant on the Danforth to support the community and local businesses.

“We’re here to show that we’re not scared and that we’re going to pick ourselves up and the community up.”

Activity in the area had largely come to a halt after Faisal Hussain, 29, fired indiscriminately at pedestrians and restaurant patrons.

He died after an exchange of gunfire with police but investigators have yet to say whether he took his own life or was killed by police.

Another vigil is set for tonight. Residents are set to meet at a local church before walking along the same stretch of road where Fallon and Kozis were killed, and 13 others were wounded.