The various factions in the Senate have agreed to hold a final vote on Bill C-45 by June 7, which would allow for the legal recreational cannabis regime to be up and running by late summer 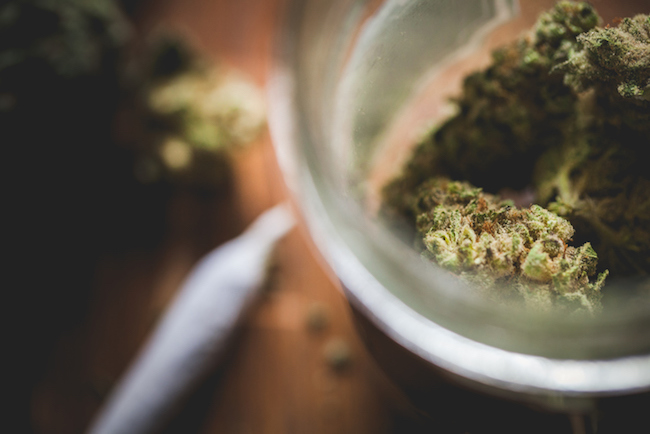 OTTAWA—A Senate committee passed 40 amendments Monday to the federal government’s cannabis legalization bill, including one that would allow provinces and territories to ban home-grown marijuana.

But the social affairs committee refused to accept a Conservative amendment that would have prohibited home cultivation outright.

And it defeated another that would have indefinitely delayed implementation of the legislation until the government reports to both houses of Parliament on the measures it’s taking to deal with the concerns of Indigenous communities.

The vast majority of the amendments approved were largely technical in nature and would have little affect on the substance of Bill C-45. Indeed, 29 of them were proposed by the sponsor of the bill in the Senate, independent Sen. Tony Dean, which suggests they have the blessing of the government.

The committee’s amended version of the bill will now go back to the Senate as a whole, where senators will decide whether to accept or reject the amendments or propose additional changes.

The various factions in the Senate have agreed to hold a final vote on the bill by June 7, which would allow the Trudeau government to deliver on its promise to have the legal recreational cannabis regime up and running by late summer.

Under C-45, individuals would be allowed to grow up to five plants in a single dwelling.

But Quebec and Manitoba have decided to prohibit home cultivation, setting up future legal challenges in which Justice Minister Jody Wilson-Raybould has said the federal legislation would prevail.

The Senate committee, which conducted a clause-by-clause examination of the bill Monday, unanimously supported an amendment specifying that provincial and territorial governments have the authority to prohibit home-grown pot if they so choose. Dean was among those supporting the amendment, again suggesting the government is willing to go along with the change.

However, the committee rejected, by a vote of 7-5, another amendment proposed by Conservative Sen. Judith Seidman that would have imposed a blanket prohibition on home growing across the country.

It similarly rejected an amendment proposed by Conservative Sen. Dennis Patterson, which would have delayed implementation of the bill until the government reports to the House of Commons and the Senate on what it’s doing to address the concerns of Indigenous communities.

None of the independent or independent Liberal senators on the committee supported either of those two Conservative amendments, which could bode well for the government in ensuring the bill is ultimately passed by the Senate. The 32 Conservative senators have voted as a block against the bill at every opportunity so far but they’d need at least 15 other senators to join them on the final vote to defeat or delay it.

Patterson made an impassioned plea for delaying implementation, arguing that the government’s consultation with Indigenous people thus far has been “abysmal.” Moreover, First Nations governments will bear the impact of legalization on health, social and policing services, but he noted they have not so far been offered a share of the federal excise tax on cannabis to cover those costs.

“This is a terribly vulnerable population,” he told the committee, noting that Indigenous communities are already struggling with severe alcohol and drug abuse problems, mental health issues and a suicide epidemic—all of which he suggested will get worse if cannabis is readily and legally available.

Patterson’s amendment did not go quite as far as the Senate’s aboriginal people’s committee, which had recommended a delay of up to a year to enable more consultation with Indigenous communities. He put no timeline on his proposal for a government report on how it’s addressing Aboriginal concerns and argued that the government could pull one together within a month if it wanted.

Independent Sen. Marc Gold said no one disagrees with the challenges facing Indigenous communities, but said he’s encouraged that the government is already taking steps to address them. Indigenous people are over-represented in the criminal justice systems and delaying implementation of a legalized cannabis regime will only exacerbate the problem, he argued.

Liberal MP Bill Blair, the government’s point man on cannabis legalization, told the committee just prior to its clause-by-clause examination of the bill that some Indigenous communities want to get involved in the lucrative business of producing legal marijuana and the government has developed a guide to help them navigate the licensing process.

The government has also provided funding for culturally appropriate public education about the risks of using cannabis and for improved delivery of addiction, prevention and treatment services in Indigenous communities, he said.

But Conservative Sen. Carolyn Stewart Olsen questioned that assertion, given the number of amendments proposed by Dean to correct “flaws” in the drafting of the bill.

“I don’t see that that is thoughtful or well designed,” she said.

Other amendments passed by the committee include those that would: