Trudeau says home cultivation is a must for Bill C-45, which will lift Canada's 95-year-old prohibition on recreational cannabis. The Senate made nearly four dozen amendments to the bill, 27 of which the feds have agreed to 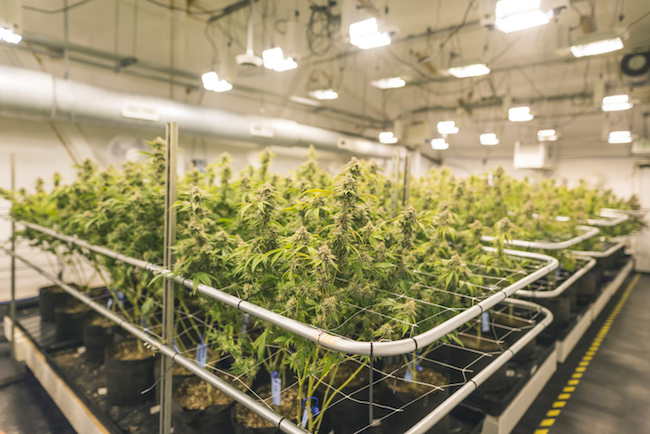 OTTAWA—The federal Liberal government is rejecting more than a dozen Senate amendments to its landmark law to legalize cannabis, including the upper chamber’s efforts to further limit—or ban outright—the ability to cultivate marijuana at home.

In a motion put before the House of Commons, the Liberals say they can’t support a Senate amendment that would allow provinces to ban home cultivation of marijuana, arguing that the bill already gives provinces and territories the ability to impose their own restrictions.

The original legislation, once passed, would allow up to four marijuana plants per dwelling.

Quebec and Manitoba have already chosen to prohibit homegrown weed, but the amendment would have erased the possibility of legal challenges to their constitutional authority to do so.

The government argues it is “critically important” to permit Canadians to grow pot at home in order to support the main goal of shutting down the illegal market.

“We have spent months, and indeed years, talking with experts, reflecting on the best path forward on the legalization of cannabis because the current system doesn’t work,” said Prime Minister Justin Trudeau.

“We’re making the changes to keep Canadians safe and one of the strong recommendations by experts was that we ensure personal cultivation of four plants at home.”

Health Minister Ginette Petitpas Taylor said consistency demands that cultivation be permitted, considering the other controlled substances that can be made at home.

“Canadians are allowed to make beer at home or wine, and some can even grow tobacco,” she said.

“It is already possible for Canadians to grow cannabis for medical purposes and we absolutely believe that the legislation should be consistent when it comes to recreational cannabis.”

The Liberals also say they won’t support amendments aimed at banning the sale of marijuana-branded swag like T-shirts, nor one that would have required a registry of anyone involved in cannabis companies—an effort, senators say, to keep organized crime out of the legal pot game.

The government says it can live with 27 of the changes to the bill, is proposing tweaks to two other amendments, and is rejecting 13 outright.

Petitpas Taylor said the government looked at the suite of Senate amendments and decided there were some they simply were not prepared to accept at this time. Those that they are allowing are “strengthening that bill,” she said.

“We are confident as we move forward that … we’re going in the right direction with respect to the bill.”

MPs will have to vote on the motion to send it back to the upper chamber, where senators would have to decide whether to accept the will of the House of Commons or dig in for a protracted parliamentary battle.

Trudeau had some pointed words for the Senate on that point.

“Andrew Scheer, the Conservative leader, has been telling his Senate caucus—the senators that he still controls—to play games, to slow this down, to interfere with the will of the House,” he said.

“It’s time that he stopped using his Senators this way.”