After the provincial government tabled back-to-work legislation, a coalition of construction unions promised to contest the bill in court, saying it favours construction companies 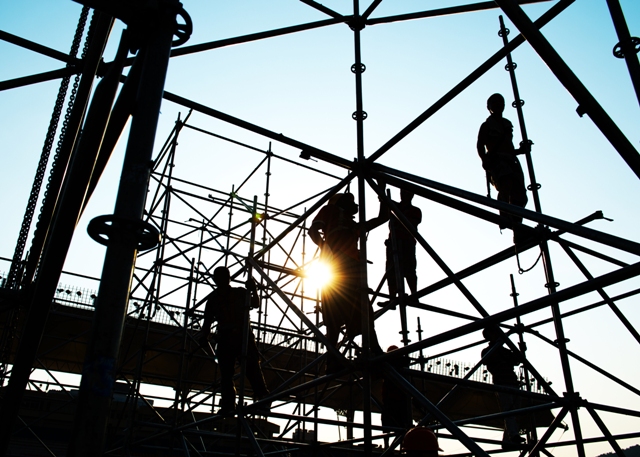 The bill enacts a five-month mediation period after which the unions and construction companies will be required to enter into arbitration.

MONTREAL—The Quebec government tabled a bill Monday forcing the province’s striking construction workers back on the job by Wednesday.

In response, a coalition of construction unions promised to contest the bill in court, saying the legislation favours construction companies.

Thousands of workers gathered in front of Quebec’s legislature earlier Monday to voice their disapproval of the government’s decision to end their strike after five days.

The back-to-work bill maintains current working conditions for the province’s 175,000 construction workers and grants them a pay raise of 1.8 per cent.

It also opens an immediate five-month mediation period after which the unions and construction companies will be required to enter into arbitration.

Quebec Labour Minister Dominique Vien said before tabling her bill that both sides had months to negotiate a new agreement and added that every strike day costs the Quebec economy $45 million.

“It is in the interest of all sides that they take this second chance,” Vien said of the mediation period her government will impose.

Michel Trepanier, a spokesman for the coalition of unions, said the bill hurts workers’ ability to negotiate.

He suggested the bosses of private-sector construction companies planned on going to arbitration from the beginning, where they’d have a “real good chance” of winning.

Trepanier said the unions’ lawyers are preparing to challenge the bill in court.

Eric Cote, spokesman for one association of employers, said the bill benefits workers, as it gives them the “gift” of a pay raise.

Opposition Leader Jean-Francois Lisee of the Parti Quebecois said it was disingenuous for the government to claim that both sides had months to negotiate a new deal.

He said power rests with the employer when both sides sit down early. Lisee said workers’ can only fully leverage their negotiating position as the possibility of a strike mandate approaches.

Quebec Premier Philippe Couillard said the entire process by which the private sector and construction unions negotiate contracts is “contaminated.”

“Why is it contaminated?” Couillard asked rhetorically. “Because both sides have gotten into the habit of sitting on their hands and waiting for the government to settle the issue for them. Well, that’s not how it’s going to end.”

Work schedules and overtime are believed to be at the heart of the dispute regarding the industrial side, while salaries are the main stumbling block in the residential sector.

The strike, the second such walkout in the Quebec construction industry in four years, has brought work on major projects such as the Champlain Bridge replacement and a Montreal superhospital to a standstill.