Individual members currently decide how much crude to pump; the lack of an agreement signals the cartel's eroding ability to control supply, demand and prices 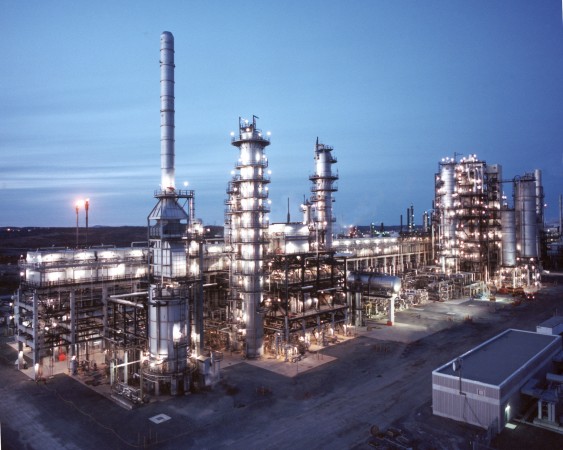 OPEC has allowed members to pump oil freely in an attempt to push down prices and render shale production uneconomical. PHOTO Irving Oil

VIENNA—OPEC countries failed Thursday to agree on measures to influence crude supplies and prices—a missed opportunity to show the resolve that for decades let them set how much consumers and industries worldwide would pay for gas, heating and related necessities.

At the same time, OPEC officials argued that the cartel was alive and well, scoffing at suggestions that its authority was eroding to the point where it will soon be negligible.

“Don’t take that (to mean) that OPEC is dead,” said Secretary General Abdulla al-Badri. “OPEC will be powerful, will be strong. OPEC is alive.”

But the decision to make no decision appeared more an illustration of lack of unity, particularly between OPEC rivals Saudi Arabia and Iran, whose deepening struggle for Mideast supremacy has for years been mirrored at oil meetings.

Iran was second only to the Saudis inside the Organization of the Petroleum Exporting Countries in terms of production before international sanctions over its nuclear program crippled sales. Now with a deal in place limiting its atomic prowess, sanctions have been lifted—and Tehran served notice even before the Vienna meeting that it intends to reach or surpass previous levels.

Mehdi Hosseini, the head of the oil contracts revision committee at Iran’s Petroleum Ministry, puts pre-sanctions levels at around 4.2 million barrels per day. Accepting anything less than that, Hosseini said in April, would amount to “another sanction against ourselves. It is something we cannot accept.”

The latest figures from the International Energy Agency show Iran making good on its pledge, with output jumping by 300,000 barrels a day to nearly 3.6 million barrels daily in April—the highest since November 2011.

One idea at the Vienna meeting that could have allowed for more Iranian production was to abandon a firm production target. OPEC countries had been considering a sliding ceiling that could shift between two benchmarks, both well above 30 million barrels a day.

But Iran already put its foot down against quotas of any kind in April. It did not even show up at a meeting between OPEC members and outside producers attempting to agree on a joint output freeze to push prices higher. The Saudis subsequently said they would not cap output if Iran didn’t do the same, dooming the gathering to failure.

In part, the OPEC divide reflects growing political tensions between Shiite powerhouse and the Sunni-ruled desert kingdom, regional rivals that back opposite sides in the Syria’s war and the conflict in Yemen.

They broke off diplomatic relations earlier this year after Saudi Arabia executed a prominent Saudi Shiite cleric, a move that sparked protests in Iran and the storming of Saudi diplomatic posts. The relationship soured further as the OPEC meeting was underway, with Tehran announcing it would not facilitate sending pilgrims to the Hajj this year because of what it sees as insufficient Saudi security guarantees.

Still, with the Saudis used to setting OPEC’s agenda, the main issue between the two in Vienna on June 2 appeared to be oil-related.

Since deciding in 2014 to squeeze out outside competition by flooding the market to drive down prices, the Saudis have pumped close to or above 10 million barrels a day—close to a third of OPEC’s total. That, plus resurgent output from Iraq and Iran, helped push down prices, with the desired effect of making shale production increasingly uneconomical.

But Saudi Arabia came to Vienna this time more focused on easing OPEC concerns of a further production increase that could reverse the upward price trend. The country’s oil minister, Khalid A. Al Falih declared ahead of the meeting that his country “will be very gentle in our approach and make sure we don’t shock the market.”

That clashed with Iran’s determination to produce all out—and contributed to foiling agreement on any kind on an OPEC output ceiling.

“It doesn’t make sense for Iran to commit to a production freeze,” said Robin Mills of Qamar Energy in Dubai. “On the Saudi side, it would be very difficult to come to an agreement that allows another OPEC member to increase its production.”

It was clear, though, that the market was looking for at least an attempt by OPEC to show unified muscle. Shortly after the end of the inconclusive meeting, U.S. benchmark oil dropped 88 cents at $48.14 a barrel before recovering.

The final statement Thursday mirrored the communique at the last OPEC meeting in December in not even mentioning an output target. That December decision effectively left it up to individual members how much crude to pump and was a strong signal of the cartel’s eroding ability to act as a group to influence supply, demand and prices.

OPEC president Mohammed Bin Saleh al-Sada denied that his organization was fading. Instead, he described the cartel as “a dynamic, living organ responding to changes.”

“The world has changed, is changing and will change,” he told reporters Thursday. “So OPEC is responsive to change … interacting with facts on the ground. For today’s market conditions, OPEC is responding appropriately.”

But Bob Minter, an analyst at Aberdeen Asset Management Investment, said the meeting failed to “at least signal that members can agree on something.”

“This should have been an easy meeting to re-establish OPEC relevance but they missed the opportunity,” he said.

Associated Press writer Adam Schreck in Dubai and Andras Zagoni-Bogsch in Vienna contributed to this report.