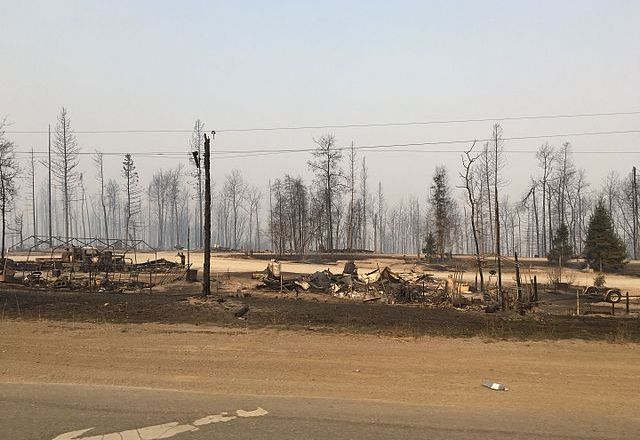 CALGARY—Construction workers and cleanup companies are trickling into Fort McMurray along with its first returning residents as a rebuilding process begins in the northern Alberta community devastated by wildfires.

Ben Dutton, president and CEO of the Casman Group of companies, said about half of the 200 workers employed by his Fort McMurray-based general construction firm are already back in town and working on restoring heating-ventilation and other systems for commercial and industrial customers.

The cleanup and rebuilding will create jobs beyond the 200 workers on staff before last month’s fires forced most to flee the region, but the number of new hires isn’t known yet.

Dutton estimates it will take at least two years to rebuild the Fort McMurray homes and businesses destroyed by the fire.

“We already had jobs for the 200 folks anyway before the fire so it will add (to that),” he said.

Residents were allowed to begin re-entering certain undamaged Fort McMurray neighbourhoods on June 1, but Dutton said many of Casman’s employees were permitted into town earlier if their homes were intact and if they had jobs to do.

He said rebuilding for private homes will likely be delayed for days or weeks, in part because the municipality isn’t issuing building permits yet. Casman also takes on industrial, commercial, mechanical and electrical building projects.

Meanwhile in Boyle, 285 kilometres to the south, president Mike Feldstein of Toronto-based Rapid Group Inc. said he’s assembled a crew of about 40 people that will enter the city over the next few days to help people who have registered online clean and restore their homes.

He said about 80 per cent of the people he’s hired so far are from the region, and as many as 30 per cent have experience with fire cleanups or handling the potentially toxic waste left by the fire. The company has eight permanent staff on hand to supervise.

“We really wanted to help people there because a lot of their current employment is burned down or closed or inoperable, so it’s good to help people who are out of work. And they’re rebuilding their community,” he said.

A truck filled with 100 fan-powered filtration units was driven from Toronto to Boyle to be used to clean particulates from the air inside Fort McMurray homes, Feldstein said. His company is also offering to clean up soot and smoke, eliminate odors and repair water damage.

“The re-entry piece and the recovery aspects of Fort McMurray are all being driven through the regional authorities supported by the government. They have committed to hiring and contracting locally,” he told a news conference June 2.

“There is right now no private companies doing any restorations, if you will, because we’re still at the early stages of re-entry. People are going back, working with their insurance providers and I’m sure that work will occur in the days, weeks, months ahead.”

Job fairs in Edmonton and Calgary sponsored by Spirit Staffing and Consulting attracted hundreds of applicants last month, some of whom are now on their way or already working in Fort McMurray, said operations manager Jenny Larocque of Calgary.

She said the company isn’t taking any more applications after gathering about 1,500 names, adding workers are being referred for jobs with a preference given to those from Fort McMurray. She wouldn’t name the restoration companies her firm is working with.