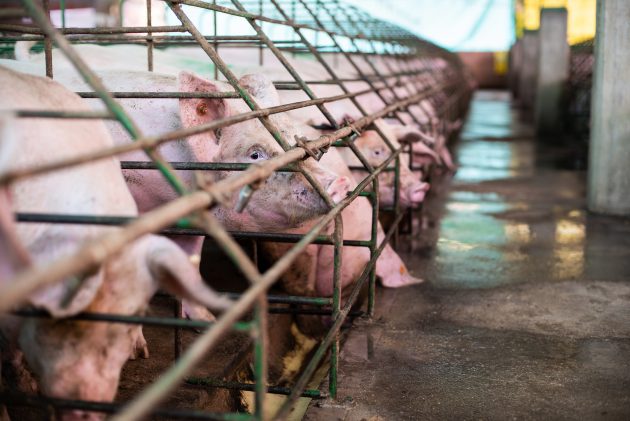 TORONTO — In the wake of COVID-19, the deadline to transition mother pigs (‘sows’) from sow stalls to group housing is being proposed for extension, from 2024 to 2029.

Sow stalls (also called ‘gestation crates’) are a form of confinement housing where mother pigs are kept in a space barely larger than their bodies. They are widely considered inhumane and are being phased out in several jurisdictions across the globe.

In 2014, a multi stakeholder committee updated the code of practice for the care and handling of pigs. This was in accordance with the National Farm Animal Care Council’s (NFACC) code development process, which required producers to adopt group housing systems by 2024. Codes are updated every 10 years with reviews conducted every five years. On Sept. 21, as part of the five-year review process, a Code Technical Panel issued a report which proposes several amendments, including the five-year extension for the pork industry to transition mother pigs to group housing, due to economic and other challenges.

“We are obviously disappointed with the announcement,” said Lynn Kavanagh, farming campaign manager with World Animal Protection, in a prepared statement, “but we recognize the complexities and challenges involved in moving from stall housing to group housing, not the least of which is the cost associated with refurbishing and renovating barns. We are encouraged by the fact that 1/3 of the industry has already adopted group housing for mother pigs, which is a major welfare improvement in the day to day life of these highly intelligent, social animals, as it gives the animals space to move around and socialize with other pigs.”

World Animal Protection is also calling on the Retail Council of Canada and the seven grocery retail members to phase out sow stalls in their supply chains by 2022. As the industry has already made progress in moving towards group housing, World Animal Protection expects enough supply will be available in Canada to meet this commitment.

Other recommendations made by the panel include mandatory training in humane handling for anyone working with animals, annual reporting on the transition to group housing, and removing a loophole that permitted producers to keep mother pigs in stalls provided they are given exercise.

According to a statement, World Animal Protection also wants to see a requirement for straw or a similar material in the next code, as well as a shortened time frame for mother pigs in stalls after insemination. Despite the move to group housing, producers are still permitted to keep mother pigs in stalls for up to 35 days post-insemination to protect the fetus.

“There is enough evidence and examples that show in well-managed systems with adequate space and good enrichment, tail-docking isn’t necessary,” said Kavanagh.