Sobeys and Loblaws among those lagging on improving animal welfare: report 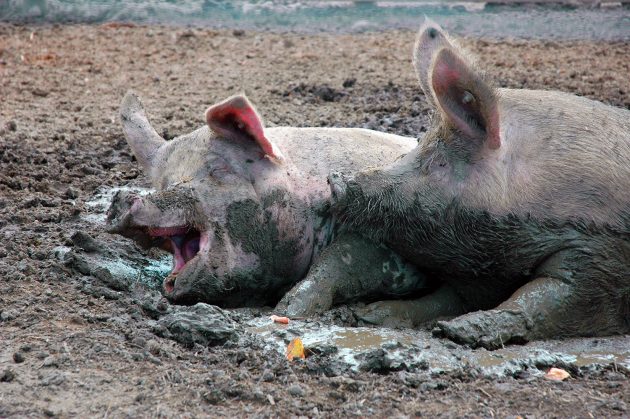 Maple Leaf Foods is the best performing Canadian company in the report, remaining in Tier 3, the same as in 2019. The company has an overall commitment to farm animal welfare with specific policies on key animal welfare related issues including the reduction of antibiotic use and caged housing conditions for mother pigs (breeding sows).

Both companies lack company-wide policies on key animal welfare related issues including the avoidance of caged housing, reducing or avoiding routine use of antibiotics and the avoidance of painful procedures such as dehorning.

All companies were assessed on their approach to managing farm animal welfare in four areas: (1) Management Commitment, (2) Governance and Management, (3) Innovation and Leadership, and (4) Performance Reporting and Impact.

Globally, the report reveals that 59 of the 150 companies appear in the lowest tiers indicating these companies provide little or no information on their approach to farm animal welfare.

Lynn Kavanagh, Farming Campaign Manager for World Animal Protection Canada, said in a statement, “It is disappointing to see the Canadian retailers lagging behind other grocery chains such as Marks & Spencer. Farm animal welfare is important to many Canadian consumers and they expect grocery chains to play a role in moving the industry towards better on-farm animal care. Investors are also increasingly paying more attention to companies’ animal welfare policies which is factoring into their investment decisions.”

In addition to the poor ranking Sobeys and Loblaw received, the Retail Council of Canada (RCC) retracted its commitment to end caged housing for mother pigs and laying hens. Loblaws and Sobeys are part of the RCC and had committed to phase out gestation (pregnancy) crates for mother pigs by 2022 and battery cages for laying hens by 2025.

“Retailers should be leading the way and pushing for positive change within the industry, this is clearly a step backwards,” said Kavanagh.