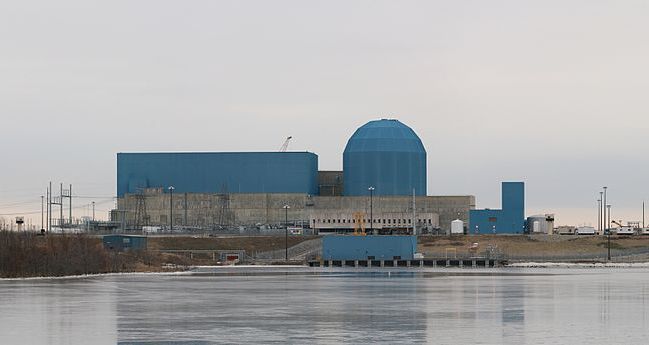 The Republican appeared at Riverdale High School in Port Byron to sign legislation he said will save thousands of jobs by rewarding Exelon for producing carbon-free energy.

In addition to $235 million a year for Exelon to prop up nuclear plants in the Quad Cities and Clinton, the plan provides hundreds of millions of dollars in energy-efficiency programs and assistance to low-income energy users.

“I was unwilling to gamble with these communities, gamble with thousands of good-paying jobs and gamble with our energy future,” Rauner said in a statement. “While this legislation isn’t perfect, it allows us to protect jobs, ratepayers and taxpayers.”

The law ensures the plants in Cordova and Clinton stay open for 10 years and allows for expansion of alternative power generators, such as wind and solar.

These increases come on top of a $127.5 million rate increase—about $2 per monthly bill—that the Illinois Commerce Commission approved for ComEd this week. Ameren issued a statement Wednesday that the ICC approved a $14.5 million rate decrease, dropping power costs for the typical Ameren customer beginning next month.

Exelon said in a statement that the measure, known as the Future Energy Jobs Bill, “safeguards the state’s top source of clean energy, protects and creates thousands of jobs and strengthens the Illinois economy, while preserving competitive rates.”

Rauner previously criticized “special deals” for corporations, but last week said closing the plants would have “devastated the two communities.”

Critics including BEST Coalition, a non-profit that opposes the deal, say the nuclear plants aren’t needed because Illinois produces 41 per cent more energy than it needs and exports the excess. BEST Coalition said subsidizing the plants will mean a steep increase in rates.

The Illinois Manufacturers’ Association complained that Rauner had weakened the state’s chances at recruiting middle-class jobs because of power costs to manufacturers. The group said in a statement that Illinois lost nearly 10,000 “high-paying jobs” in the past year while neighbouring states have grown.

“Building a guaranteed electric rate hike into state law and reversing 20 years of deregulation (are) not the answer to get our economy booming again,” the group said.

But state Rep. Elaine Nekritz, a Northbrook Democrat who sponsored a “clean energy” bill that later was folded into the Exelon subsidy matter, said the “new law is a tremendous victory for Illinois” with “more jobs, more savings for consumers, cleaner air and smarter energy choices.”