Ford says having fewer city councillors will save taxpayers $25 million. Mayor John Tory plans to propose a referendum on the issue 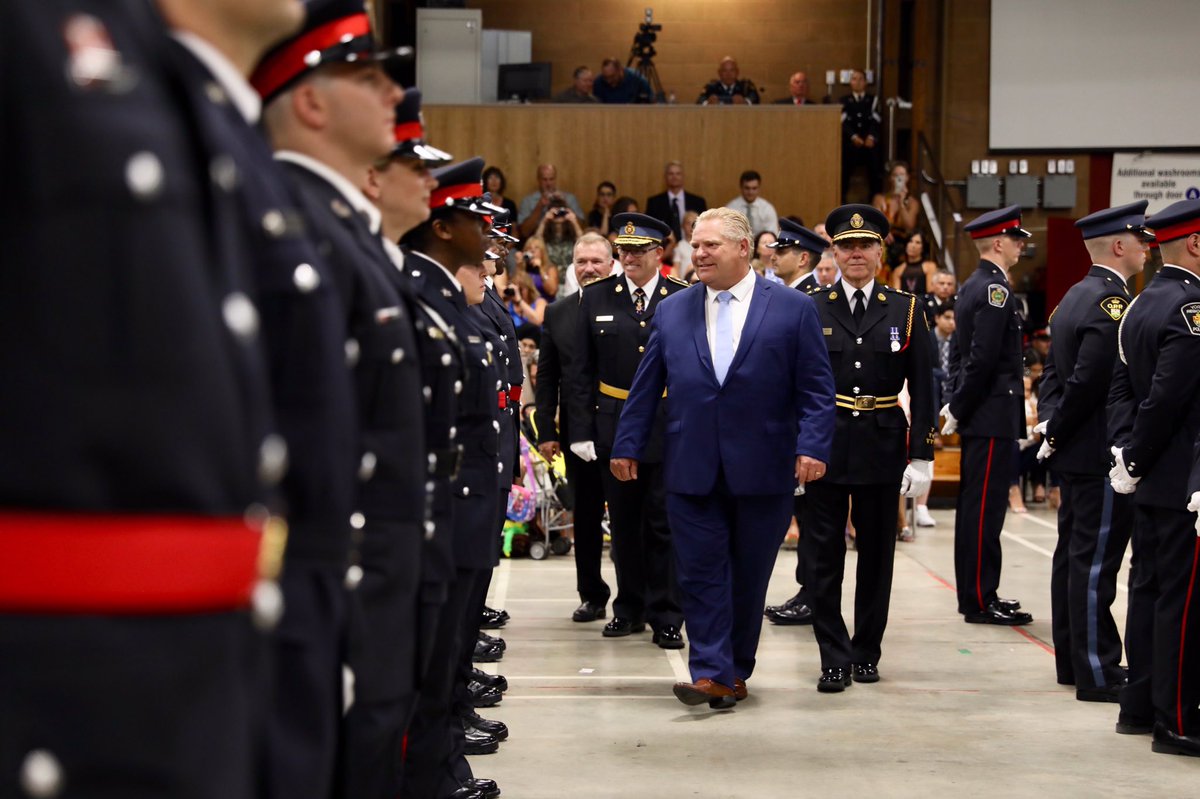 “There isn’t too many people that I know that wouldn’t want to trade in a bunch of politicians for $25 million,” Ford said. PHOTO: Doug Ford/Twitter

Doug Ford says his government will introduce legislation to cut the number of seats from 47 to 25, aligning city wards with federal ridings.

The deadline for candidates to register for the municipal election was Friday afternoon but the government said it will extend that to September.

Ford says having fewer city councillors “will dramatically improve the decision-making process at Toronto City Hall” and save taxpayers $25 million.

Asked why he didn’t campaign on the plan or hold public consultations on it, Ford said he heard from thousands of people while canvassing this spring that they want a smaller government.

“There isn’t too many people that I know that wouldn’t want to trade in a bunch of politicians for $25 million,” Ford said. “People don’t care about politicians, they care about getting things done.”

Ford’s move was pre-emptively panned by Toronto Mayor John Tory, who said in a news conference earlier Friday morning that the process around the plan is “absolutely not right.” The mayor said he’ll propose a referendum on the issue.

“This is a gigantic decision about the future of Toronto,” Tory said. “What we don’t need and what I just can’t support is change being rammed down our throats without a single second of public consultation.”

Some councillors echoed Tory’s opposition to the provincial plan and said they hoped the mayor would push back.

Calling Ford’s plan “an affront to our democracy,” Coun. Kristyn Wong-Tam urged the mayor to challenge it in the courts.

“I think the mayor needs to defend our city and our democracy and that’s what I’m looking for from him,” she said.

“If you reduce councillors to 25, all of a sudden you lose that connection with the electorate and in the end the public is the loser, and they’re going to feel it right away,” he said.

Others expressed support for a smaller municipal government, arguing it would cut costs and help council reach decisions faster.

“The only thing we do upstairs in that chamber is everybody gets up and just wants to talk. When you have 25 people there’s more cohesion, you’ll move faster on things. That’s why I’m supportive of this,” Coun. Jim Karygiannis said.

Former Ontario Progressive Conservative leader Patrick Brown, whose resignation this winter paved the way for Ford to take over the party, is running for the Peel seat, while former Liberal cabinet minister Steven Del Duca is a candidate in York.

—with files from Alanna Rizza.