Bombardier wins $200M order for pair of CSeries jets, one Q400 with Tanzania 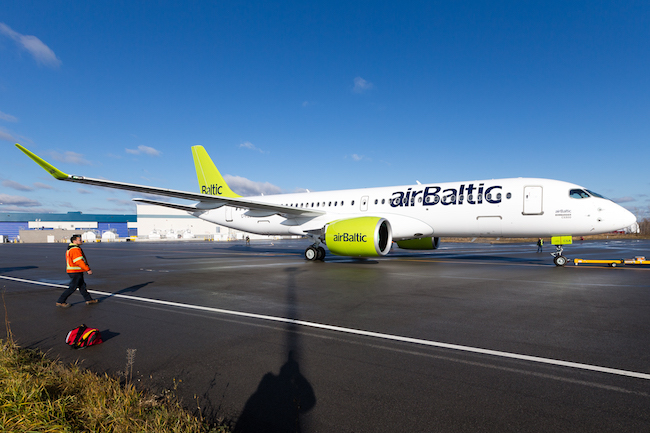 Bombardier handed off the first of its CS300s this week to Latvian carrier Air Baltic. PHOTO: Bombardier

MONTREAL—Serveral days after handing off the first of its CS300 jets to Air Baltic, Canadian plane and train maker Bombardier Inc. has signed a firm purchase order with the Tanzanian government for two more of its larger CSeries jets and one Q400 turboprop.

The African country’s Tanzanian Government Flight Agency will acquire the three planes—valued at $200 million at list prices—and lease them to Air Tanzania, which operates a number of regional flights out of Dar es Salaam.

“The CS300 aircraft will allow Air Tanzania to expand both its domestic and regional markets, and it has the range to open new international destinations such as the Middle East and India at the lowest cost,” said Jean-Paul Boutibou, vice-president of Sales for Africa and the Middle East at Bombarder Commercial Aircraft.

With the three new orders, the company has booked 360 firm orders for its CSeries aircraft and 566 for its Q400 turboprop.