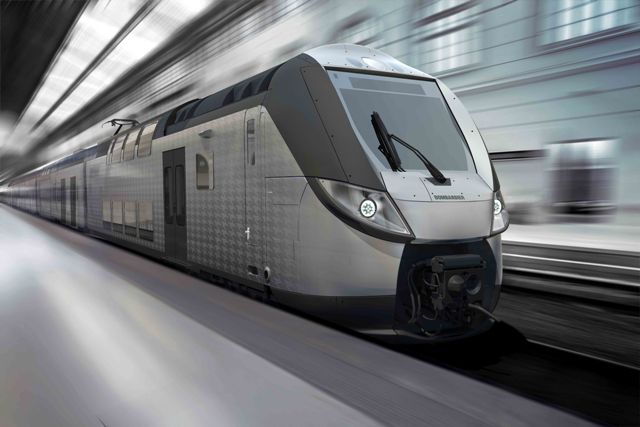 The Omneo double-decker train is designed for intercity travel. It will replace the current fleet on Paris-Rouen-le Havre and Paris-Caen-Cherbourg lines beginning in 2019. PHOTO: Bombardier

BERLIN—The rail division of Montreal-based Bombardier Inc. has won a US$620 million order to build 40 trains for Normandy, France.

The plane and train maker said the order builds on a 2010 deal with French state-owned rail firm SNCF that included options for more than 800 trains.

The new agreement firms up a commitment for 40 Bombardier Omneo double-decker vehicles, which are designed for intercity travel.

The trains are destined for rail lines in France’s northern region of Normandy. They will be rolled out beginning at the end of 2019 and offer improved capacity over the fleet currently in use on the Paris-Rouen-le Havre and Paris-Caen-Cherbourg lines.