Trans Mountain pipeline expansion on track to start in September

Kinder Morgan president Ian Anderson said work is set to go ahead, days after B.C.'s new premier, who has vowed to halt the pipeline, took office 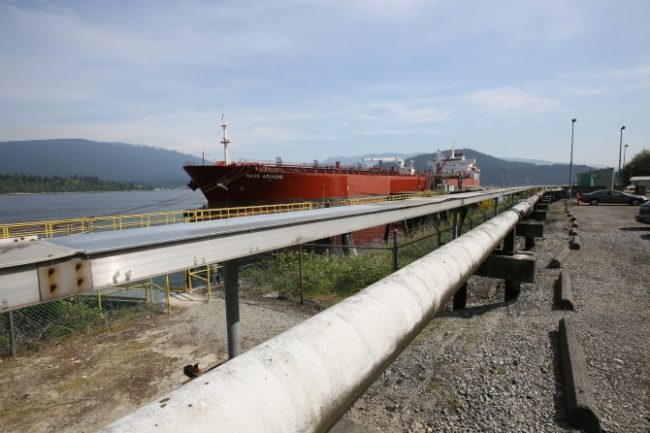 The twinning of the Trans Mountain pipeline will nearly triple the capacity of the 1,150-kilometre line running from Edmonton to Burnaby, B.C. PHOTO: Trans Mountain

Anderson, speaking on Kinder Morgan Canada’s first quarterly earnings call since it went public in May, said he looks forward to working with the new NDP government of British Columbia Premier John Horgan, who was sworn in a day earlier.

“I’ve worked co-operatively with several provincial and federal governments over the years on the development of this project,” Anderson said.

“I want to do the same with Premier Horgan’s government.”

In Horgan, Anderson faces a premier that has vowed to use whatever means he can to stop the $7.4-billion project because of environmental concerns. But for weeks, Horgan has not elaborated on how he would bring the development to a halt.

“I’m not going to speculate on what an NDP government might do in British Columbia at this stage in order to advance their views,” Anderson said.

Experts have said that while the Trans Mountain expansion has secured federal and provincial approvals—the previous B.C. Liberal government endorsed the project—the New Democrats can disrupt it by delaying or denying permits, which Anderson noted Kinder Morgan is trying to secure.

“We continue to need a good number of local permits from British Columbia, and Alberta for that matter, as they relate to crossings, road crossings, utility access, Crown land, etc.,” he said.

The twinning of the Trans Mountain pipeline would nearly triple the capacity of the 1,150-kilometre line running from Edmonton to Burnaby, B.C., to 890,000 barrels of oil per day.

Critics, including environmental groups, politicians at various levels and Indigenous leaders, have raised concerns over risks to marine life from the increased tanker traffic that would result, the potential for leaks at land or sea, and higher emissions of oilsands crude.

The project has also pitted Horgan against his Alberta NDP counterpart Rachel Notley as well as Prime Minister Justin Trudeau, both of whom have voiced strong support for it.

Anderson said the expansion is expected to be complete in 2019.

In its second quarter ended June 30, Kinder Morgan Canada earned $25.1 million, including $4.2 million for restricted voting shareholders, or 11 cents per share. That’s less than half the $51.7 million in net income during the same period a year earlier.