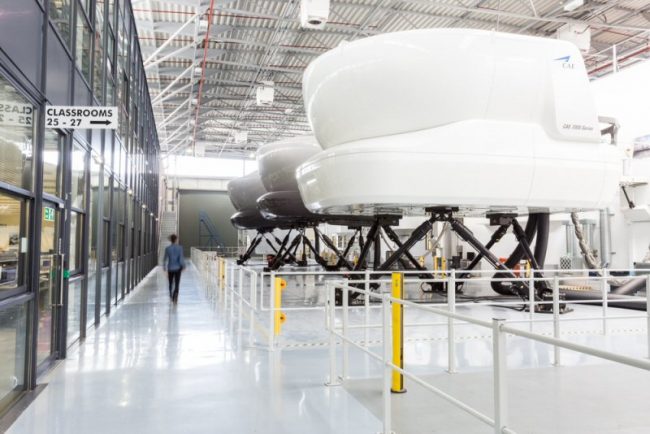 SINGAPORE—CAE Inc. and Singapore Airlines have signed an agreement to create a joint venture to train pilots in Singapore.

The Montreal-based company that makes flight simulators and the Asian airline said the new training facility will initially focus on training pilots to fly Boeing aircraft and be located near Changi Airport—Singapore’s primary air transit hub.

The companies said they would own an equal stake in the JV, but did not reveal the investment details.

CAE said the training site will use four of Singapore Airlines’ flight simulators initially, but more CAE-made training equipment will be progressively acquired.

The Canadian company revealed the new joint venture agreement as it reported its fiscal 2018 first-quarter results and maintained its positive outlook for 2018.

CAE also said Thursday it has sold its 49 per cent stake in a training centre joint venture with China Southern Airlines for US$96 million. The company said the Chinese airline will focus internally on its training, but will continue looking to CAE as a simulator and service partner.