Thieves made off with 180 hives near Victoriaville, Que. last month 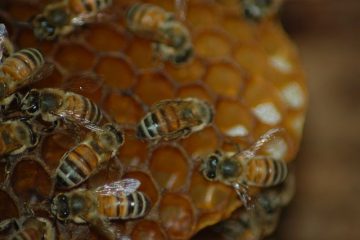 The 180 hives are estimated to be worth approximately $200,000. PHOTO: Ketzirah Lesser & Art Drauglis, via Wikimedia Commons

VICTORIAVILLE, Que.—Quebec police have taken two men into custody following the disappearance of approximately five million bees from a field near Victoriaville, Que., northeast of Montreal.

Provincial police say a 43-year-old suspect surrendered to police May 6 in Joliette, Que. after the man’s 36-year-old borther was arrested and arraigned in connection with the theft earlier in the week.

The second brother will appear in court on May 9.

Police suspect the accused made off late last month with the 180 hives belonging to Miel Labonte, which estimated the value of everything stolen at $200,000.

The five million bees have not yet been found.