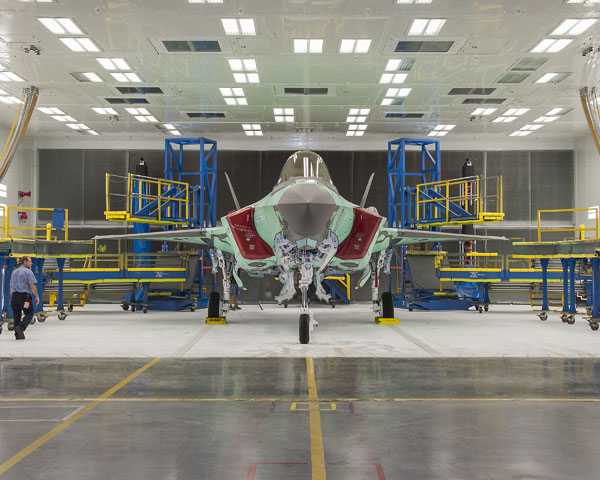 OTTAWA—One of the leading contenders to replace Canada’s aging fleet of fighter jets says it believes the Trudeau government’s emphasis on North American air defence will stand it in good stead once the competition is launched.

Senior executives at Boeing say their Super Hornet aircraft’s rugged design and twin engines make it the most appropriate jet for operations in the Arctic.

The air force is working on a revised list of requirements for a new fighter jet, something that could come as early as next week, and officials with the Chicago, Ill. company, which has in the past shied away from the spotlight, agreed to a rare interview.

Prime Minister Justin Trudeau also promised the new jets would be cheaper than the stealth fighter and that the savings would be spent rebuilding the navy.

But other aspects of the government’s defence agenda caught Boeing’s attention—including language that suggests homeland defence, as opposed to overseas warfighting operations, is where the government sees its priorities.

Roberto Valla, vice president of global sales for Boeing in Canada, says the Super Hornet is outfitted for war but its sturdy design—meant for aircraft carrier landings—gives it a unique advantage, and it’s cheaper to operate and maintain.

As proof of the lower cost, he pointed to annual Pentagon reports that show a lower maintenance bill for the Super Hornets already in service. But it was the durability of the aircraft that Valla was most eager to tout.

He says he believes Canadian officials will be interested in an aircraft that has “long range and significant endurance” and “able to operate in a very, very difficult environment in terms of temperatures; in terms of Arctic conditions; in terms of high gusts conditions.”

Critics have said the F-35 is unsuitable for Far North operations because the stealth fighter has only one engine—as opposed two in the Super Hornet and the existing CF-18s.

While Valla did not make that argument directly in the interview, he did say the Boeing fighter’s engines are designed for the harsh conditions found at sea on carriers.

Billie Flynn, a senior F-35 test pilot for Lockheed Martin, was quick to respond Thursday, saying the duel engine debate was a “fear factor” argument based upon crashes of 1950s, 60s and 70s vintage jets.

He pointed to the fact the U.S. Air Force has been flying single-engine F-16s out of Alaska for years with no accidents.

The F-35 and its older F-22 Raptor cousin both contain highly-advanced engines that are meant to operate in extreme conditions, Flynn added.

In addition, he questioned the notion that long-term maintenance costs would be cheaper on the Super Hornet, saying that F-35 assembly line will be open years after Boeing stops production on its jets, and spares will become increasingly hard to get in later years.