With the addition of 500 e-bikes Mobi by Shaw Go also announces new partners for e-bikes and e-stations, BC Hydro and Herbaland joining as sponsors. 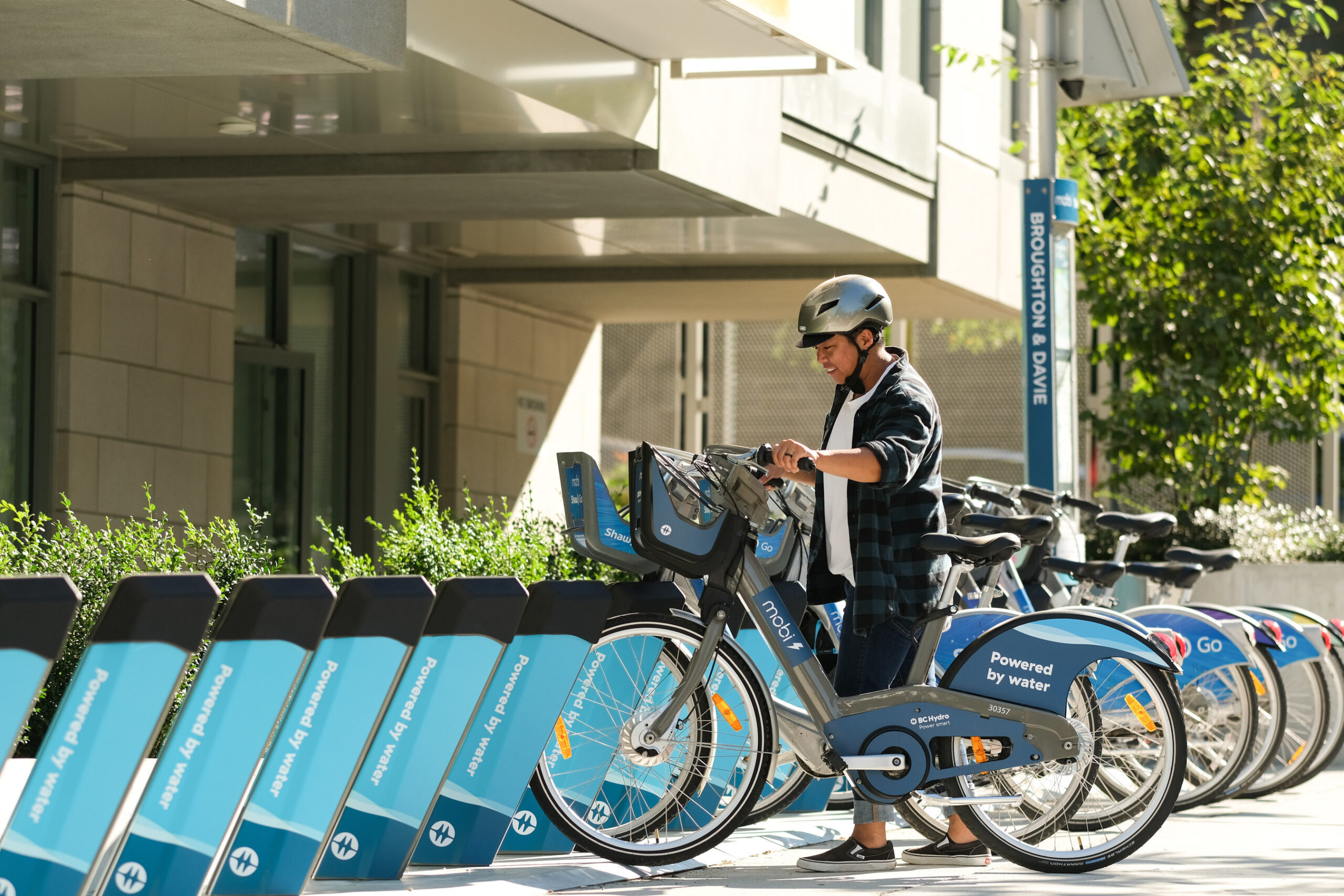 This initiative follows the response to their soft launch, which further confirmed the strong local demand for electric bicycles.

Mobi by Shaw Go has been a part of the City of Vancouver’s active transportation system for the past six years and the service is expanding to more East, West and South Vancouver neighbourhoods.

Mobi by Shaw Go’s electric assist bicycles have three e-assist levels and three gears so that more people of all fitness levels can conquer hills and ride further and faster with an e-bike.

Safety is Mobi by Shaw Go’s top priority. The fleet, including all e-bikes, is regularly maintained and inspected by Mobi staff. Mobi by Shaw Go reports that it has established battery handling protocols based on manufacturer’s guidelines and on industry best practices, and the e-bike and charging infrastructure is certified for safe use.

“We are thrilled to be adding e-bikes to the Mobi system,” says Mia Kohout, General Manager of Vancouver Bike Share. “When e-bikes have been adopted in bike share systems around the world, ridership usually significantly increases as e-bikes make getting around by bike more accessible to a wider group of people, particularly in a city like ours with lots of hills. We are excited for our members and new users to experience the ease of riding with a little extra boost.”

With the addition of 500 e-bikes Mobi by Shaw Go also announces new partners for e-bikes and e-stations, BC Hydro and Herbaland joining as sponsors.