Call for transparency in bidding process for assets in Hamilton, Nanticoke 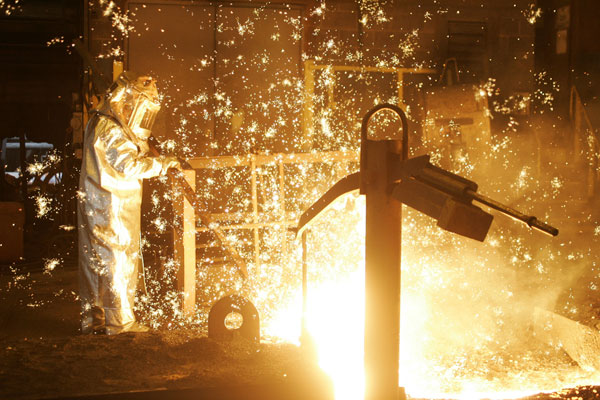 A blast furnace is tapped at one of U.S. Steel’s operations. PHOTO U.S. Steel

TORONTO—A veil of secrecy shrouding the bidding process for U.S. Steel assets in Hamilton and Nanticoke must be lifted immediately to protect the interests of thousands of workers and pensions, the United Steelworkers says.

“There are 39 potential bidders out there, but U.S. Steel doesn’t want anybody to know anything about it,” said Gary Howe, President of USW Local 1005 in Hamilton.

“This isn’t a private transaction just to benefit U.S. Steel. It’s a bankruptcy protection case, a court process that affects thousands. Those who are directly affected – our community, our members and our pensioners – deserve a fair, open and transparent process. It’s their jobs and their pensions that are at risk,” Howe said.

A court monitor overseeing U.S. Steel Canada’s bankruptcy protection case announced earlier this month that multiple parties have expressed interest in purchasing all or part of the company’s Canadian assets.

However, to date the USW and other stakeholders directly affected by the restructuring process have not been allowed to meet with, or to even know the identities of bidders who have expressed an interest in the U.S. Steel assets.

The USW is seeking a court order to gain access to the bidders and to related documents, including the letters of intent submitted by the bidders.

The union also is asking the court to prevent U.S. Steel from exercising undue control and gaining an unfair advantage in the sale and restructuring process.

“We’ve been trying to move things forward, but U.S. Steel still is holding up the process,” Ferguson said.

“We’ve seen where the Investment Canada Act and those secret deals got us – lost jobs, plant shutdowns and broken promises on investment and production,” said USW Ontario Director Marty Warren.

“We know there are potential bidders who are looking at U.S. Steel properties and we are hearing concerns that some of these bidders are very frustrated with the process and they might just walk away,” Warren added.

U.S. Steel Canada wants to wait until it has received and assessed final offers for its Canadian assets before providing any bid-related information to the USW and other stakeholders such as non-union workers and pensioners and the provincial government.

By then, “it will be too late for effective and meaningful input” from key stakeholders, the USW says in a letter filed with the chief restructuring officer in the bankruptcy protection case.

“It is inconceivable that the SARP (Sale and Restructuring Process) would prohibit timely discussion about such issues with those very stakeholders,” the letter states.

If the company will not allow meaningful involvement by the USW, the union will ask Superior Court Justice Herman Wilton-Siegel to impose a “stakeholder consultation protocol” to protect the key stakeholders’ interests.

The proposed protocol would require U.S. Steel “to provide complete, unredacted copies of the letters of interest” recently submitted by potential bidders.

The protocol also would allow discussions between stakeholders and potential bidders, ensure stakeholders receive regular updates on the SARP and provide the stakeholders with complete, unredacted copies of bids submitted by potential buyers in the second phase of the SARP.

The USW also is proposing to seek a court order requiring the monitor to seek alternatives to U.S. Steel as the debtor-in-possession lender for the company’s Canadian operations during the restructuring process.

U.S. Steel’s position as the DIP lender “skews the sales process in its favour” and “is no longer tenable,” the union’s letter states.