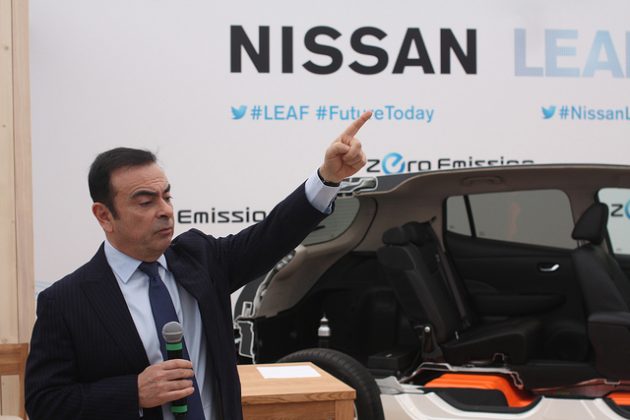 The auto industry veteran was arrested Nov. 19 and charged with falsifying financial reports in under-reporting his compensation and with breach of trust in his handling of investment losses and making payments to a Saudi businessman.

Ghosn, who led Nissan for two decades, has been held since his arrest at a detention facility in Tokyo. He recently hired a new defence lawyer, Junichiro Hironaka, who has a reputation for winning acquittals in a system where 99 per cent of the cases end with guilty verdicts.

Prosecutors have argued against Ghosn’s release on the grounds that suspects might tamper with evidence.

Ghosn has offered to wear an electronic monitoring device and hire security guards. But such offers for bail are not standard in Japan, where suspects are routinely detained until preparations for their trials are complete. That may take months. No date for his trial has been set.

Ghosn has repeatedly said he is innocent and that the allegedly underreported compensation was never decided upon or paid. He contends that Nissan suffered no costs from his handling of his own investment losses and that the payments to the Saudi businessman were for legitimate business.

Ghosn resigned as head of Nissan’s alliance partner Renault SA of France and has lost his other managerial roles within the alliance, although he remains on the Nissan board.