The Limestone Boat Company completes sea trials for electric boat in the U.S.

The open water testing has validated the Company’s belief in its EV engine partner as the preeminent provider of electric power in the recreational boating market. 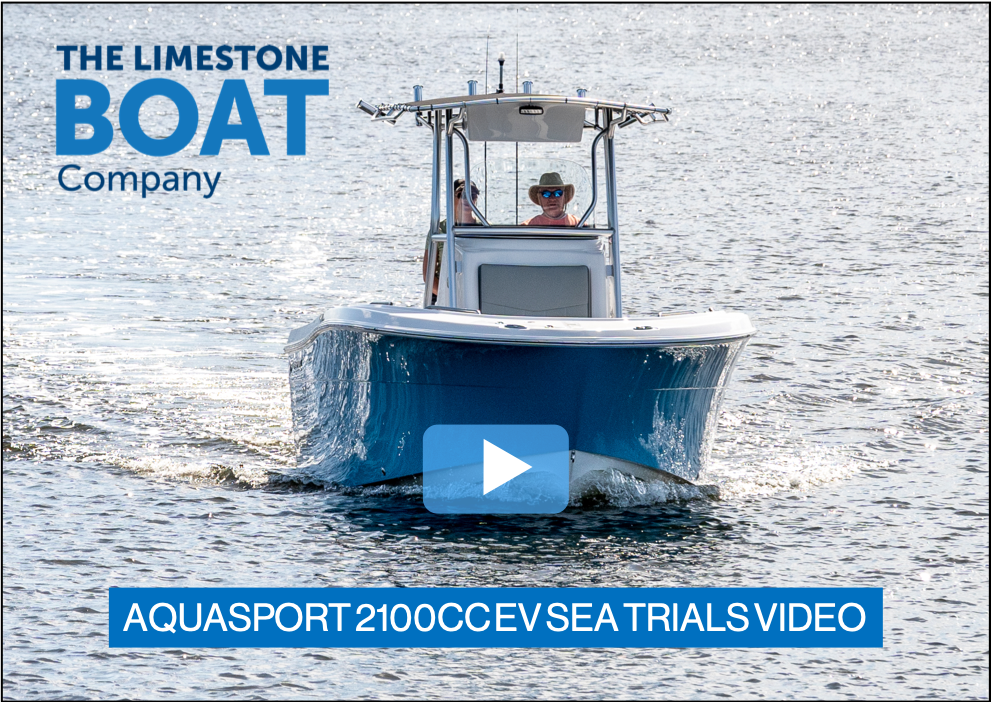 The Limestone Boat Company completes sea trials for electric boat in the U.S.

COLLINGWOOD — The Limestone Boat Company – owner and builder of Aquasport Boats, Limestone® Boats and Boca Bay Boats – announces the successful completion of sea trials for its Vision Marine electric outboard-powered Aquasport 2100CC. The open water testing has validated the Company’s belief in its EV engine partner as the preeminent provider of electric power in the recreational boating market. The Limestone Boat Company will now shift their EV model development efforts into scheduled production with a delivery target of early in the second quarter of the 2023 calendar year for initial shipments to Dealers.

“Limestone’s stated EV mandate has been to establish a disruptive early mover electric footprint in the traditional boating sector. The partnership provides Limestone a technological advantage as the E-Motion™ powertrain offers unprecedented power and torque in an electric outboard and will establish Limestone as a leader in the rapidly growing electric segment of the recreational boating industry,” said Scott Hanson, CEO of the Limestone Boat Company.

Hanson continued, “Given the validation of last week’s sea trials, we are confident in moving on to the next phase of our EV efforts and placing an initial order for 25 Vision Marine E-Motion™ engines, rigging components and integrated battery systems, establishing a production framework leading into the second quarter of 2023, as well as extending our EV testing to include other models as product becomes available. Traditional internal combustion engine boat sales remain strong and continue to grow through the strength of our expanding dealer network but the new EV option will provide a great alternative for boaters looking for the features that electric power offers. We’re excited about working with our EV engine partner in the months ahead to offer a fully integrated, leading-edge electric propulsion system for those seeking an alternative without having to curtail their boating lifestyle unduly.”

The Limestone Boat Company announced their EV partnership in May 2021 with the stated intent of using its partner’s E-Motion™ outboard powertrain system to offer an EV option for big water performance boats that would deliver speeds that coastal and inland boaters seek.

The Limestone Boat Company will now move forward with plans for serial production and an intended target date for deliveries commencing early in the second quarter of calendar 2023. The Company anticipates taking orders on the EV boats in Q3 of 2022.