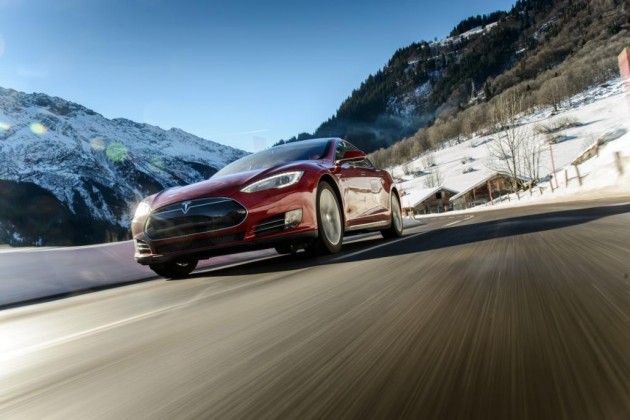 PALO ALTO, Calif—Three new versions of Tesla Motors’s popular full-size luxury liftback, the Model S, will soon be hitting showrooms worldwide. The auto and battery company announced July 17 that it will introduce a new high performance “ludicrous” version of the vehicle, as well as a battery pack upgrade and a less expensive base-level model.

The company’s new entry-level Model S will be a 70 kilowatt hour, single engine version of its dual motor version and be priced at US$70,000. Elon Musk, the company’s CEO, said in a blog post announcing the new lineup that enough options are now standard that buyers who pick up the base model will still be purchasing a great car.

The company is also introducing a 90 kilowatt hour upgrade to its 85 kilowatt hour battery. The upgrade, which will cost buyers $3,000 will translate to a 6 per cent increase in the vehicle’s range. The company said the longer-running battery will increase the range of its longest-range model to 300 miles during highway driving.

“While working on our goal of making the power train last a million miles, we came up with the idea for an advanced smart fuse for the battery,” Musk said. “Instead of a standard fuse that just melts past a certain amperage, requiring a big gap between the normal operating current and max current, we developed a fuse with its own electronics and a tiny lithium-ion battery.

“It constantly monitors current at the millisecond level and is pyro-actuated to cut power with extreme precision and certainty,” he added.

The upgraded fuse, combined with an inconel – which is a high-temperature superalloy – contactor designed to replace the current steel version, allowed engineers to increase the maximum pack output from 1,300 to 1,500 amps.

The resulting improvements are a 10 per cent decrease to the car’s 0 to 60-mph-time, down to 2.8 seconds, and a quarter-mile time of 10.9 seconds. For those truly pushing limits, the upgrade reduces time to 155 mph by 20 per cent.

Tesla said the option will cost $10,000 for new buyers, while in appreciation to their existing P85D owners, the pack electronics upgrade needed for “Ludicrous Mode” will be offered for the next six months at $5,000, plus labor.

In addition, Tesla noted that “good progress” is being made on both the Model X and the Model 3.

“X is on track for first deliveries in two months and Model 3 in just over two years,” Musk said.