Technology to keep lights on could help prevent wildfires

Distribution Fault Anticipation is now in use in Texas and being tested in California by Pacific Gas & Electric Co. and Southern California Edison 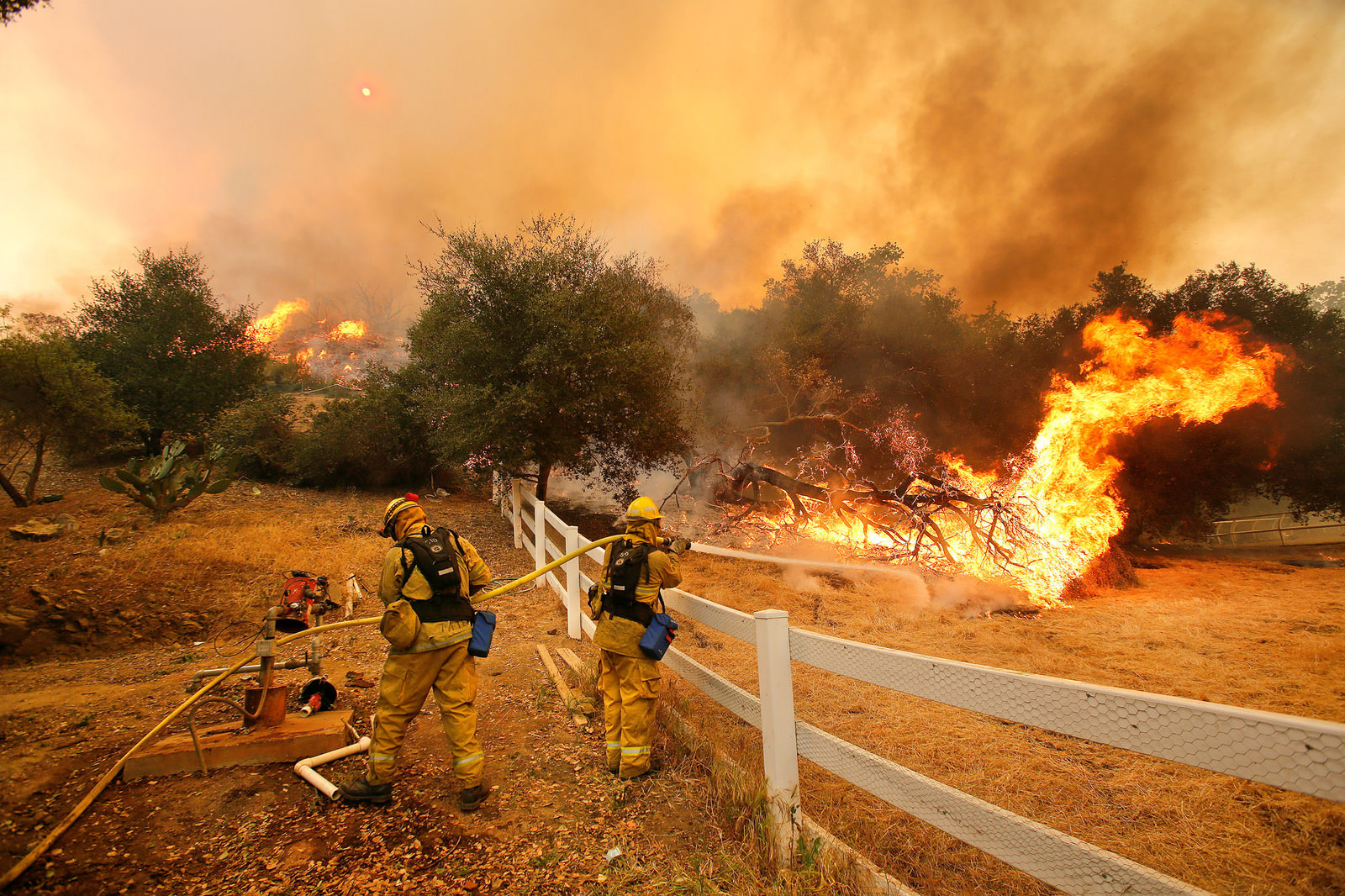 LOS ANGELES—B. Don Russell wasn’t thinking about preventing a wildfire when he developed a tool to detect power line problems before blackouts and bigger disasters.

The electrical engineering professor at Texas A&M University figured he might save a life if his creation could prevent someone from being electrocuted by a downed live wire.

But fire prevention may be his product’s biggest selling point in California and other places that have experienced devastating wildland blazes blamed on electrical equipment.

“If we can find things when they start to fail, if we can find things that are in the process of degrading before a catastrophic event occurs, such as a downed line that might electrocute someone or a fire starting or even an outage for their customers, that’s kind of the Holy Grail,” Russell said.

The technology he bills as a one-of-a kind diagnostic tool called Distribution Fault Anticipation is now in use in Texas and being tested in California by Pacific Gas & Electric Co. and Southern California Edison. The utilities have been blamed for some of the most destructive and deadliest fires in California.

Texas A&M said the technology will also be tested in New Zealand and Australia, which is currently reeling from destructive wildfires.

The tool detects variations in electrical currents caused by deteriorating conditions or equipment and notifies utility operators so they can send a crew to fix the problems, Russell said.

It can anticipate many problems in their early stages—sometimes years before they cause an outage or present a greater hazard during high winds when utilities are now pre-emptively shutting off power to prevent sparking wildfires.

Before the technology was developed, electric companies often didn’t know they had a problem until there was a failure or a customer called to report sparks on power lines or a loss of electricity.

“The assumption the utility has to make today is it’s healthy until we get a call that says somebody’s lights (are) out,” Russell said. “By then the fire’s started or the outage has happened or the person’s electrocuted.”

Pedernales Electric Cooperative Inc. that serves about 330,000 customers outside San Antonio and Austin, Texas, began implementing the system after successful tests that began in 2015. The utility serves areas so rural that before the technology was installed, electricity powering a pump on a well could have been off for days before being detected by a farmer.

The devices installed at substations are now trouble-shooting all kinds of problems, said Robert Peterson, principal engineer for the utility.

In California, the testing process has just begun and there are no results yet, according to PG&E and SoCal Edison.

In Southern California, the software is running on just 60 of Edison’s 1,100 circuits in the utility’s high-risk fire zone, which accounts for about a quarter of its total circuits.

It’s just one of several tools the utility is testing to continue to modernize its system.

“There is no silver bullet,” said Bill Chiu, managing director of grid modernization and resiliency at SoCal Edison. “This is really more of a preventive measure. … The important point is this will be one of the suite of technology that will help us better assess the condition of the grid.”

Chiu said the technology was not at the point where it could be used to determine where to shut off power when dangerous winds are forecast during dry conditions. He also said it won’t pinpoint problems but can help dispatch crews closer to the source of equipment that needs to be fixed, saving time that would be wasted patrolling miles of power lines.

One question is whether the technology is economically feasible to deploy across tens of thousands of miles of power lines, Chiu said.

At an expense estimated between US$15,000 to $20,000 per circuit, it could cost the utility $22 million in its high-risk fire area and that doesn’t include installation, operation and maintenance costs.

That’s a fraction of what a moderate wildfire sparked by a utility could cost, Russell said.

PG&E, which is testing the technology on nine circuits, was driven into bankruptcy protection this year while facing at least $20 billion in losses from a series of deadly and destructive wildfires in 2017 and 2018.

Related: After bankruptcy, PG&E headed back to court over wildfires

SoCal Edison recently agreed to pay $360 million to local governments to settle lawsuits over deadly wildfires sparked by its equipment during the last two years. That figure doesn’t include lawsuits by thousands who lost their homes in those fires or family members of 21 people killed when a mudslide tore down a fire-scarred mountain. Two other people were never found.

Bluebonnet Electric Cooperative found the cost was feasible and has installed it on about a sixth of its circuits for the utility that has about 100,000 customers in Central Texas, said Eric Kocian, chief engineer and system operations officer.

While the system has helped proactively diagnose problems and detect the cause of outages, the university team that developed it can often find problems the utility’s control room operators don’t detect.

Pedernales Coop is working with an analytics company to streamline the analysis of the myriad information the software evaluates to find and fix problems in a day, Peterson said.

Russell said he never had a hint the device his research team created 15 years ago would have fire prevention applications until a series of bad wildfires in Texas in 2011. They were focused on keeping power systems safe and the lights on.

“It’s obvious now in today’s context of the drought that we’ve had in California and other places,” Russell said. “Serendipitously, that’s where we find ourselves today.”

Related Stories
After bankruptcy, PG&E headed back to court over wildfires
Electrical crews from B.C. head to northern California devastated by wildfires
PG&E files for bankruptcy amid wildfire lawsuits
Why tech has been slow to fight wildfires, extreme weather