The Swedish automaker hopes to enjoy the same success in South Carolina that fellow European firm BMW has had in the state. But tariffs are casting a large shadow on its operations 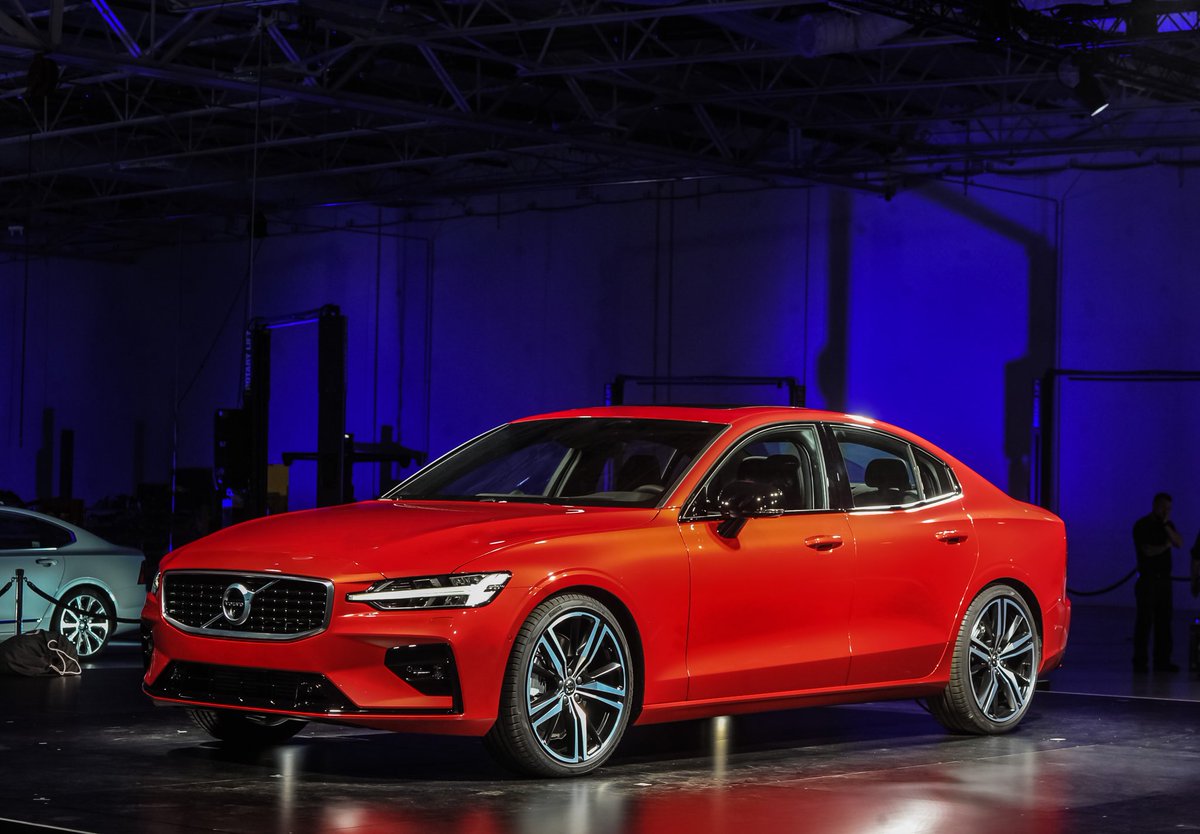 The S60 sedan is Volvo’s first car made in the U.S. PHOTO: Volvo Cars/Twitter

COLUMBIA, S.C.—Volvo Cars opened its first plant in the U.S. on Wednesday in a much different trade environment than when it announced its expansion across the Atlantic three years ago.

The Swedish automaker threw a glitzy party for the reveal of its redesigned S60 sedan, which will roll off a South Carolina assembly line this fall. All the cars will run on hybrid electric power, with no diesel engine options, in keeping with Volvo’s promise to stop making newly designed cars powered solely by internal combustion engines.

But looming over the celebration is President Donald Trump’s aggressive trade policy, with threats of tariffs that could disrupt the global car market. Trump was elected in 2016, a year after Volvo announced its US$1.1 billion investment in Ridgeville, about 25 miles (40 kilometres) inland from the busy port in Charleston.

Foreign automakers are one of Trump’s favourite targets for extra charges on imports.

Volvo executives said Wednesday they want to end all tariffs between the U.S. and Europe and China, where its parent, the Geely holding company, is based. But they said they’re well aware that a sudden Trump decision could shift their global strategy in a moment. The company also makes cars in Sweden and China.

“We will export as many cars from this factory as we will import in the U.S.; Volvo will in three years’ time have a neutral balance of trade. That is a good example of how trade with cars should work in an open and free economy,” Volvo Cars CEO Hakan Samuelsson said.

With our new plant in the #USA, we are now a truly global company with a strong foundation for our further growth https://t.co/xHlZJKdrOS pic.twitter.com/fEqXqJW5h5

Sweden’s ambassador to the U.S. publicly called on the dignitaries in the audience—including U.N. Ambassador Nikki Haley, the state’s former governor, and Gov. Henry McMaster, who touts his friendship with Trump—to remind the president how tariffs kill trade.

“A plant like this does not need it,” Ambassador Karin Olofswdotter said. “We are all a part of global value chains. That’s what creates the jobs we have today. That’s how the economy works.”

Volvo, which livestreamed the ceremony, also called up more than a dozen of its nearly 1,500 employees already working at the plant to share their stories.

Volvo plans to add the manufacture of its new XC90 SUV to the South Carolina plant starting in 2021, aiming to employ a total of 4,000 people and make 130,000 vehicles a year.

Volvo is looking at the kind of success BMW has had in South Carolina. The German automaker produced more than 370,000 vehicles at its Spartanburg plant in 2017, employing 10,000 people. That sparked a manufacturing renaissance in the state, accelerating a shift from textiles to car making.

Trump’s proposed tariffs on not just vehicles, but steel and aluminum too, seem to be targeting BMW and fellow German manufacturer Mercedes-Benz, which makes vans at a plant near Charleston.

But Olofswdotter said in today’s modern, open world, any levies that target foreign countries hurt everyone.

“We should really work together to solve the world’s problems,” Olofswdotter said.