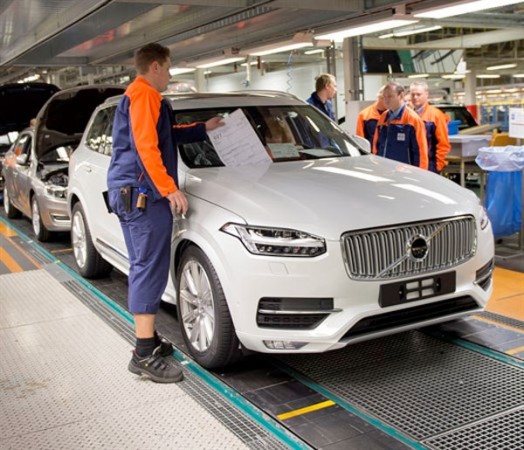 DETROIT—Volvo Cars is adding 1,900 jobs and an additional vehicle to its South Carolina assembly plant, which is still under construction.

The company says it will build its XC90 SUV at the plant near Charleston starting in 2021. It also announced a new office building near the plant.

Volvo is spending $500 million to build the plant. The new investment will bring the project’s total price tag to $1.1 billion.

The automaker broke ground on the assembly plant in 2015 and is currently hiring 2,000 workers. The plant is scheduled to start production of the Volvo S60 sedan next fall.

Volvo eventually expects to make 150,000 vehicles per year at the plant, which is the company’s first in the U.S.

Volvo Cars has been owned by Chinese automaker Geely since 2010.