The team reduced the size of the glove by half and the weight by 30 per cent so that it is now less than one pound. 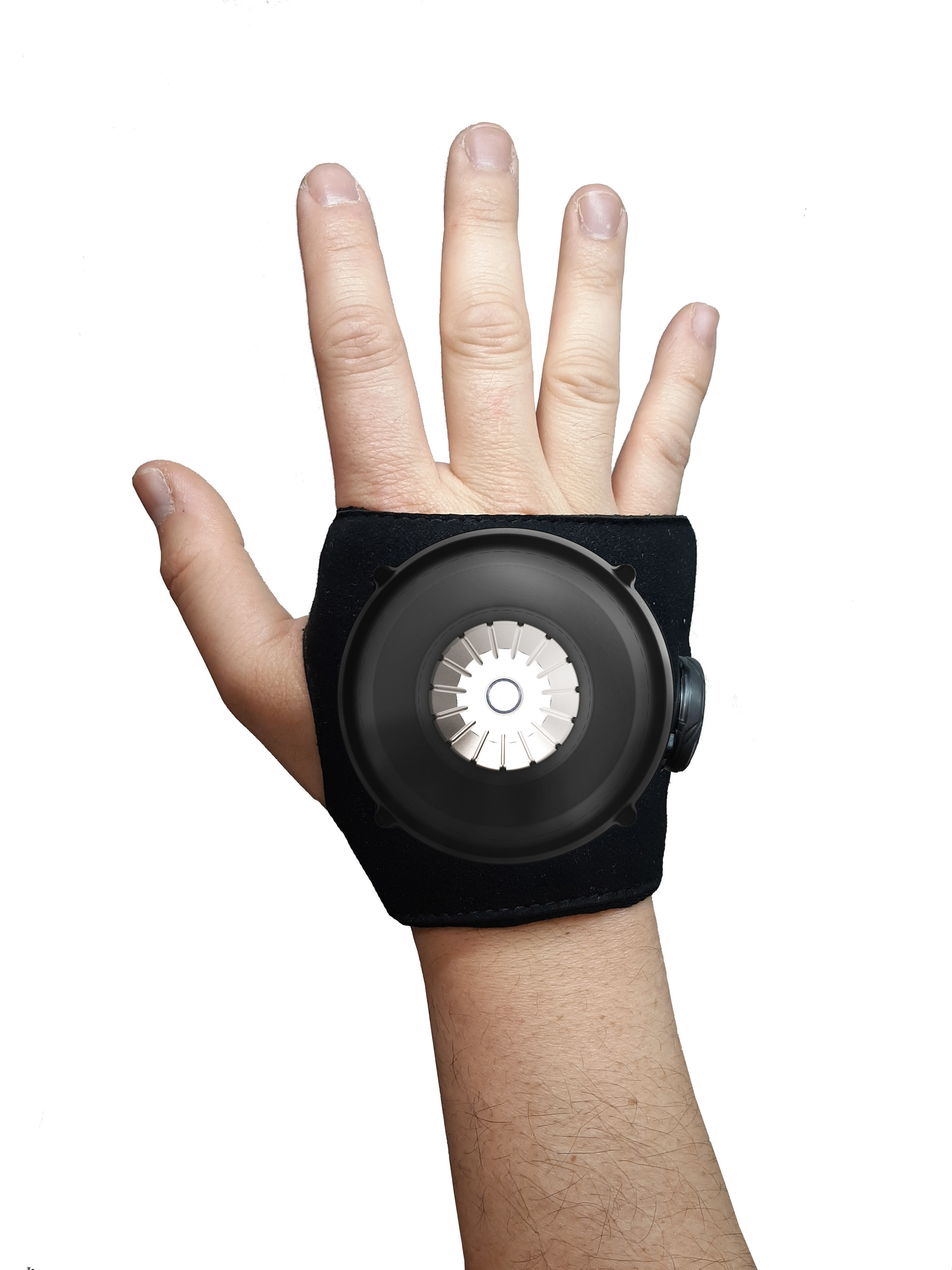 The Steadi-Two glove is designed to “intelligently” stabilize the wrist joint and forearm in people living with Essential Tremor and Parkinson’s disease. (CNW Group/AGE-WELL Network of Centres of Excellence (NCE))

TORONTO — A second-generation battery-free stabilizing glove that can adapt to a wider range of hand tremors in people with Essential Tremor and Parkinson’s disease has been developed by Canadian company Steadiwear Inc.

“We believe the Steadi-Two ‘smart’ glove is a game-changing product and that it’s going to have an even bigger impact than the first version, which changed lives,” says Mark Elias, CEO of Steadiwear. Elias co-founded the AGE-WELL-supported startup with Emile Maamary, chief marketing officer, in 2015.

Steadi-Two is now available for pre-orders in Canada and the United States at steadiwear.com with a delivery date in the second quarter of 2022.

People with hand tremors can face challenges eating, drinking, dressing, writing and using a cell phone or computer, along with many other activities in their personal and professional lives. Studies show that 30 per cent of people with tremors lose their jobs or retire early because of their condition. In the U.S., where an estimated 10 million people live with Essential Tremor, the annual cost burden of the disease is $142.7 billion.

Medications for tremor can produce side effects that outweigh the benefits. Surgery, especially deep brain stimulation, can involve significant risk and expense, and treatments such as Botox injections on an ongoing basis also can be costly, says Elias.

Steadi-Two’s battery-free feature separates it from other products on the market.

The team reduced the size of the glove by half and the weight by 30 per cent so that it is now less than one pound. Steadi-Two also can adapt to a wider range of tremor types.

Steadiwear is registered with Health Canada and the FDA (U.S. Food and Drug Administration) as a class 1 medical device manufacturer.

In the first half of next year, Steadiwear will distribute samples of the glove to assistive technology clinics across Canada and the U.S. to allow patients to try it. Physicians and other health professionals interested in a sample of the device can contact Elias and Maamary through the company website.

AGE-WELL, Canada’s Technology and Aging Network, has funded Steadiwear over several years, helping to bring the device to market, with the goal of enhancing life for people who have Essential Tremor and Parkinson’s disease, the most common movement disorders in the world.

“When it comes to all aspects of starting a business from the ground up—the mentorship, financial support and the collaborative environment—AGE-WELL has helped us in every way to get where we are today,” says Elias. Steadiwear was the winner of a national ideathon competition hosted by AGE-WELL and HACKING HEALTH in 2017.

The startup has also benefited from support and partnerships with the Canadian Centre for Aging + Brain Health Innovation (CABHI), Ontario Brain Institute, Ontario Centres of Excellence, University of British Columbia, University of Toronto and the International Essential Tremor Foundation.