Statistics Canada reports monthly sales up 1.5 per cent in June

Manufacturing sales increased in five provinces in June, led by Quebec and Alberta 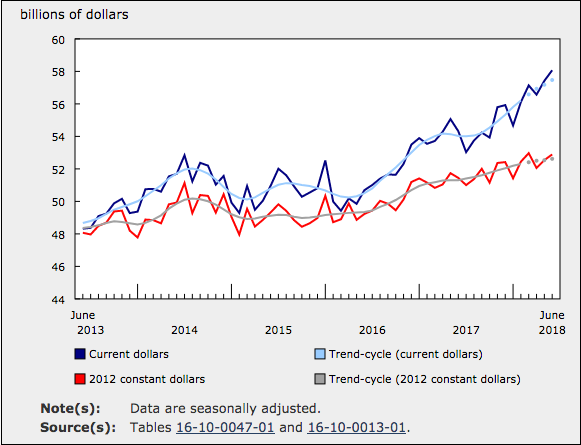 Statistics Canada reports manufacturing sales rose 1.1% to $58.1 billion in June, following a 1.5% increase in May.

The improvement in June was raised due to significantly higher sales in the petroleum and coal product industry. However, sales were down in the chemicals and food manufacturing industries.

Statistics Canada says manufacturing sales increased in five provinces in June, led by Quebec and Alberta. Total manufacturing sales in Quebec rose 3.8% to $14.0 billion, while Alberta posted a 3.7% gain to $6.5 billion. The growth in both provinces was largely driven by higher production of petroleum and coal products following temporary shutdowns in April and May.

Production ramp-ups in Alberta refineries, which started in May, continued into June with sales increasing by 15.4%, said economists.

The agency reports that Ontario also contributed to the increase in manufacturing sales, rising 0.5% to $26.4 billion in June. The gain was largely due to higher sales of motor vehicles.

Sales also rose in the fabricated metal (+3.0%) and the plastics and rubber (+2.2%) product industries.