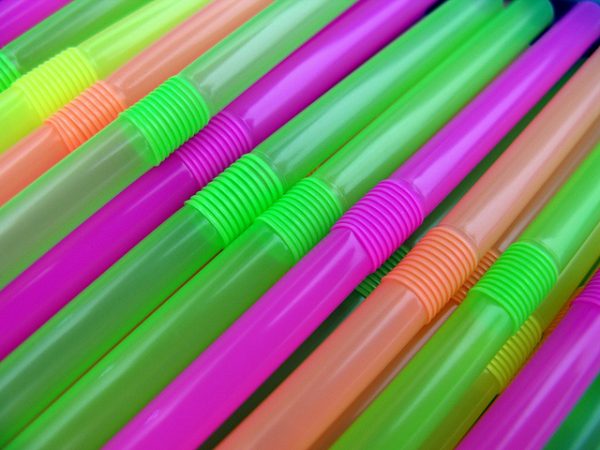 SAN FRANCISCO – In a bid to further cut down on waste, eco-conscious San Francisco is expected to join Seattle in outlawing plastic straws used to suck down Mai Taisand slurp up bubble tea.

The proposal, to be taken up by the Board of Supervisors on Tuesday, also would make the novel move to ban vendors from using takeout containers made with fluorinated chemicals. Washington’s governor recently signed legislation approving a possible ban to go into effect in 2022, but San Francisco’s January 2020 deadline would be earlier.

The legislation prohibits eateries from using plastic anti-splashers, stirrers and other plastic items that environmentalists say are too small to be recycled properly.

Retailers would no longer be able to sell the items starting July 2019. In addition, food and drink vendors would be allowed to dispense cutlery, napkins, condiments and lids only on request or through self-serve stations.

People with disabilities have spoken out against the plastic straw ban, saying customers with mobility issues rely on the tubes to drink and paper or metal straws aren’t always appropriate. But businesses in politically progressive San Francisco appear to be largely in support, with Supervisor Katy Tang announcing the legislation at a popular bubble milk tea shop in May.

“It’s a movement not just happening in San Francisco but nationally and internationally,” said Peter Gallotta, spokesman for the city’s Department of Environment. “The larger elephant in the room is the single-use disposable culture we find ourselves in, and straws are the epitome of this unnecessary daily waste.”

The Washington, D.C.-based Plastics Industry Association issued a statement Monday saying a better solution is to expand recycling technology. “Regardless of what a straw is made of, we can all agree that it should not end up as litter,” it said.

Seattle is believed to be the first major U.S. city to shun plastic straws when its ban went into effect this month. Since then, the world’s largest coffee shop and hotel chains – Starbucks and Marriott – announced they too would move away from plastic straws and stirrers.

San Francisco has frequently led the way on policies considered eco-friendly. In 2007, it outlawed single-use plastic bags and in 2016, expanded its prohibition on foam food carryout containers to include retail sales of kiddie pool toys and packing peanuts.

Tuesday’s legislation calls for to-go containers and wrappers to be free of fluorinated chemicals. The chemicals are used to ward off grease, but the chemicals do not degrade, said Jen Jackson, toxics reduction manager at the San Francisco Department of Environment.

“It doesn’t compost,” she said, “so it will remain and continue to accumulate in the environment.”

Jonathan Corley, spokesman for the American Chemistry Council, a trade association, said Monday that the U.S. Food and Drug Administration has deemed the chemicals currently used to package to-go food is safe.

“This potential ban is unnecessary, contrary to sound science and will provide no further benefits to public health or the environment,” he said in a statement.

Gwyneth Borden, executive director of the Golden Gate Restaurant Association, said restaurateurs have no desire to pass on toxins through carryout containers. But the higher cost of compostable fluorinated-free containers will drive businesses to return to recyclable plastic containers, she said.

“It’s an interesting evolution,” Borden said, “but sometimes making decisions premature to fully understanding the science can be difficult.”