Albert Nubiola, CEO of RoboDK, explains that the robotics market has traditionally been unbalanced for palletizing applications. 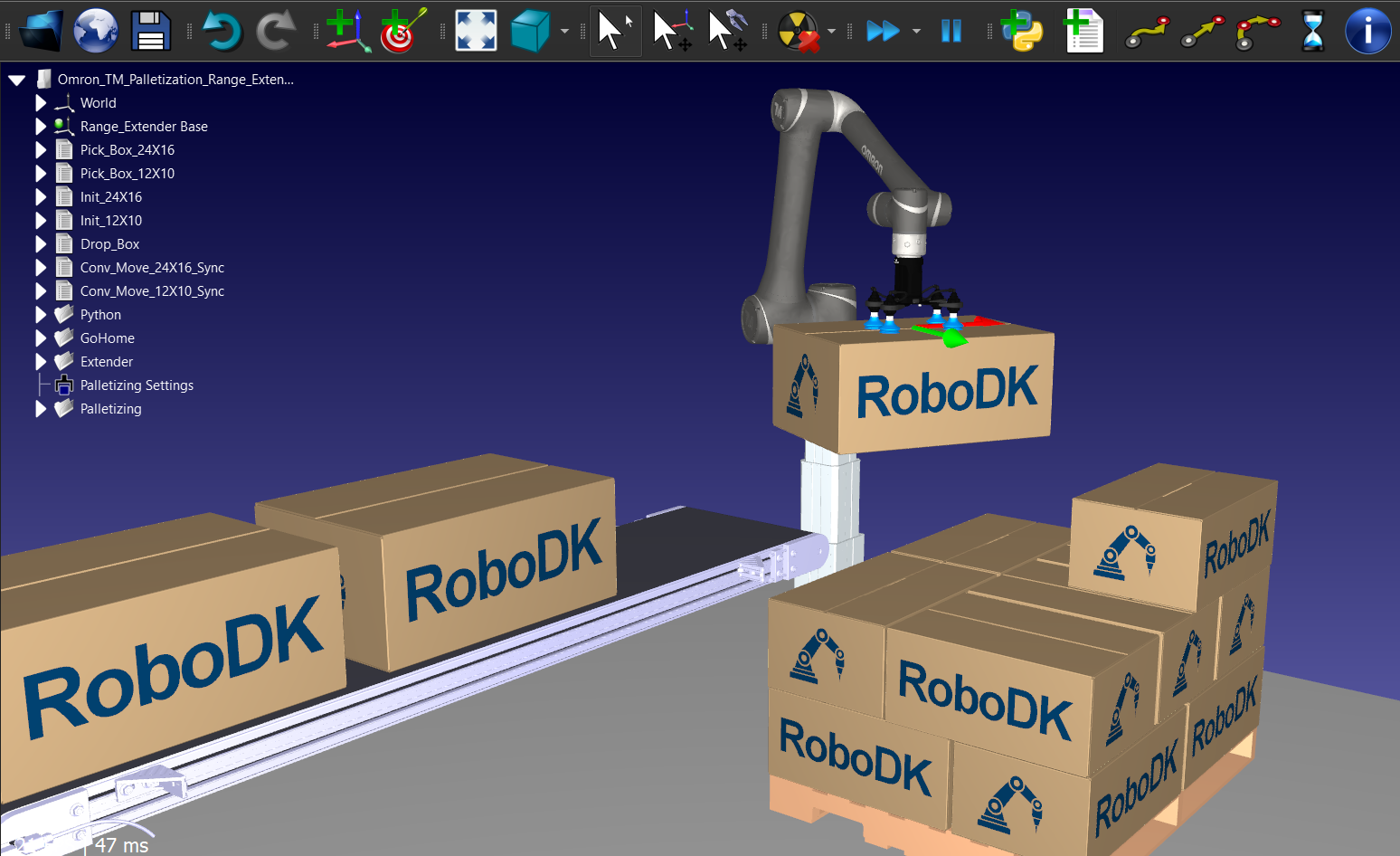 Palletizing is an increasingly common application for robotic automation. For human workers, lifting containers onto pallets is often dull and increases the risk of musculoskeletal injuries due to its repetitive nature.

Robots have long provided an alternative to manual palletizing.

Flore Cachera, Head of Marketing at RoboDK, says “A lot of customers have asked for this feature. All the hard work of palletizing programming is now done by RoboDK. The user only needs to set the position of the pallet.”

The new RoboDK plugin can be used immediately with the hundreds of robot models already supported by the software.

Why programming robot palletizing is a dull job
Robots are often employed to relieve workers from dull and repetitive jobs. However, the conventional options for robot programming make deploying palletizing applications almost dull as palletizing itself.

For example, a pallet holding 800 boxes would require a robot program with at least 1600 points in it. Creating this program would be repetitive and time-consuming. Users would need to manually teach each box position to the robot or hard code a script to do it for them.

Albert Nubiola, CEO of RoboDK, explains that the robotics market has traditionally been unbalanced for palletizing applications. He says “Some robot controllers offer built-in user interfaces to quickly setup palletizing and depalletizing projects. Unfortunately, this is not available for all robots or controllers. RoboDK’s palletizing plugin allows you to use any robot for palletizing.”

As well as speeding up the programming step, another benefit of the new plugin is that users can program the task offline. This eliminates the production downtime caused by shop floor robot programming.

Jeremy Brouillard, Product Manager at RoboDK explains how it works:

“Our goal was to create one of our most user-friendly features to date. To achieve it, we relied on a basic but efficient 2D graphic. You first create your pallet patterns by dragging your boxes on the screen. You then stack your unique box patterns to form your pallet layers. The only thing left to do is simulate and generate the program.”