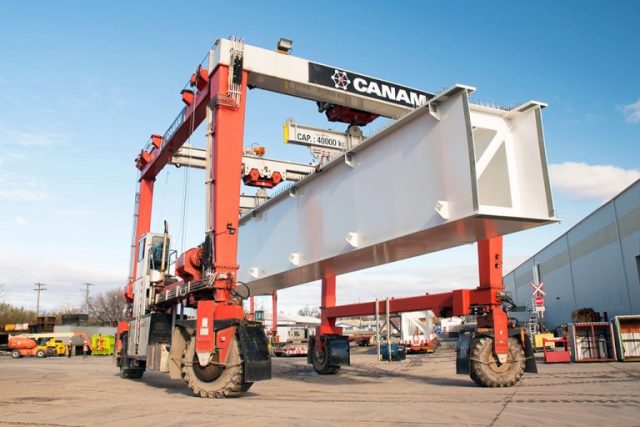 The Saint-Georges-based steel fabricator has had a tough run in 2017 despite a relatively strong market for the infrastructure sector. PHOTO: Canam

SAINT-GEORGES, Que.—Canam Group Inc. has entered a definitive agreement with a group of investors that plan to take the company private.

The Quebec-based steel fabricator, which operates 23 manufacturing plants across Canada and the U.S., said April 27 the Dutil family and U.S. private equity firm American Industrial Partners have agreed to offer shareholders $12.30 in cash for each of the company’s outstanding shares. The deal values the business at approximately $875 million, including indebtedness.

The Dutil family holds a number of high-level positions within the company, which was co-founded by Roger Dutil in 1960. Marcel Dutil is chairman of Canam’s board, while Marc Dutil serves as its president and CEO.

“The proposed transaction is a win-win for all of Canam’s stakeholders,” Marc Dutil said in a statement. “The transaction provides shareholders with a significant cash premium for their shares, while ensuring the long-term success of the business for its employees, business partners and other stakeholders.”

The company has had a rough year on the markets, with shares declining more than 50 per cent since January. They were particularly hard-hit by the firm’s fourth-quarter 2016 earnings, announced in mid-February.

The company’s board has unanimously approved the deal, but it will need two-thirds of shareholders to support the plan for the going-private agreement to move forward.

Canam noted Caisse de dépôt et placement du Québec and Fonds de solidarité FTQ have each been longtime shareholders in the company and are expected to participate in the transaction as equity investors, which could involve a rolling over of shares.

The company says it plans to maintain its head office in Quebec.