The manufacturer will fabricate the steel for two new highway overpasses in Oshawa, Ont.; next segment of highway expected to open late this year 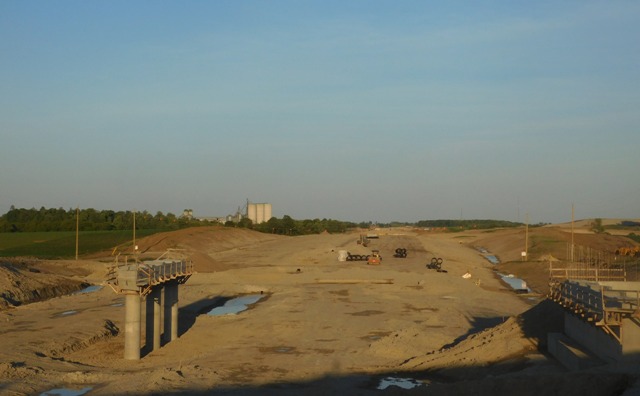 The next phase of the extension project will stretch the highway beyond Oshawa, Ont. and open late this year. PHOTO: Adam Moss, via Flickr

The first phase of the eastern extension of the Toronto-area toll highway opened last year and the second phase of the project will eventually stretch the roadway all the way to Highway 35/115 east of Clarington, Ont.

After supplying the steel for a pair of bridges during the first phase of the project, the Quebec-based company said it has won a contract to supply and erect the steel for two additional 407 East overpasses in Oshawa, Ont.

Canam did not release the value of the contract, but said the work includes 26 curved box girders and totals 1,690 tons of steel.

The company will fabricate the components at its Quebec City plant beginning next month and begin delivering the steel in August. Along with the steel, the company will supply structural bearings for the bridges.

The next segment of the 407 East through Oshawa is expected to open late this year.

The company also reported its 2016 fourth quarter financial results Feb. 15. For the final three months of the year it posted revenue of $486.5 million, compared to $493.8 million in 2015. The company had a net loss on the quarter of $2 million versus a $17.8 million in profit the previous year. For the year, the company lost $13.3 million, or 28 cents per share.

The company’s shares were down sharply Feb. 16 in response to the results—as much as 20 per cent in early morning trading.