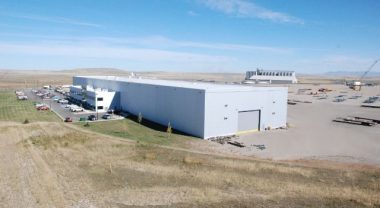 The Quebec-based company’s plant in Great Falls, Montana will fabricate the steel for the new airport terminal. PHOTO: ADF

TERREBONNE, Que.—ADF Group Inc., a Quebec-based steel fabricator, has won a pair of new contracts for construction projects south of the border.

Valued at $133 million, the two deals include work on an airport redevelopment project in Salt Lake City, Utah, and the construction of a new building in Miami, Fla.

One of the largest contracts the company has landed to date, the Salt Lake City deal includes the steel fabrication, industrial coatings and various metal erecting work for a new airport terminal in the western U.S. state. ADF plans to begin work on the project shortly and complete the contract by 2019. The company’s plant in Great Falls, Montana will be responsible for filling the order.

Meanwhile, the company’s facility in Terrebonne, Que. will fabricate the steel for the project in Miami. ADF expects to complete that contract by the end of 2017.