Post Brexit, the U.K. and Canada can fuel global sustainability

Canada and the U.K. could jointly start a global race to the top through a trade agreement that incorporates circular economy principles 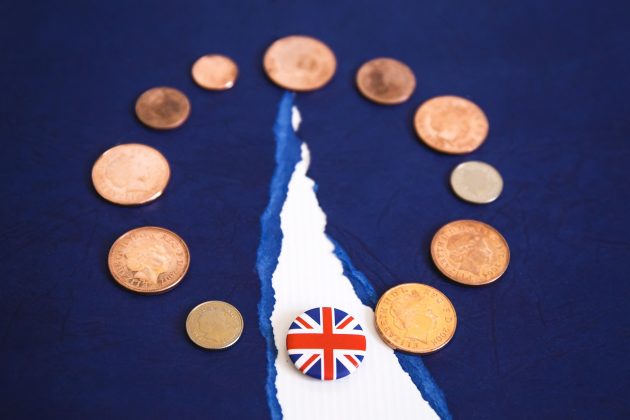 A “circular economy” is one that avoids waste and instead innovatively reuses or regenerates end products. That’s in contrast to today’s largely “linear” economy, in which products are dumped as waste after we’re finished with them – losing value and damaging our environment.

With a circular economy, new business models generate value from end products and even turn those products into services, such as the phenomenon known as car-as-a-service, which minimizes negative impacts on the environment and people. A circular model relies on renewable energy, and an emphasis on human well-being has been incorporated into the concept.

Our new research into circular economy trade is one of only two reports on the topic tying the circular economy to international trade. The report was jointly funded by the Canadian and British governments as they ponder a post-Brexit Canada/U.K. trade deal.

As 2019 dawns, we’re proposing that a worldwide circular economy could be created through international trade and trade agreements like the one that might be forged between Canada and the U.K.

The main message of our research is that Canada and the U.K. could jointly start a global race to the top through a trade agreement that incorporates circular economy principles.

The two countries can move ahead on precedent-setting circular economy trade, which would harmonize regulations across nations so as to eliminate industrial and consumer waste. We could even add incentives as part of the terms of trade – for example, lowering tariffs on goods generated by a verified cross-border circular process.

CETA (the Comprehensive Economic and Trade Agreement), Canada’s agreement with the European Union, is considered a foundation for progressive trade, according to the expert opinions incorporated into our study.

Others, however, think CETA needs a great deal of improvement. Our research offers suggestions on how CETA too could be enhanced by more circular trade provisions, although they still may not satisfy those who prefer no trade agreements at all.

The norms of free trade among nations originated with GATT (the General Agreement on Tariffs and Trade), continued through the World Trade Organization (WTO), and have led to the unintended consequences of weakening environmental rules rather than strengthening them.

Our trade agreements, in fact, have amounted to a race to the bottom and that must change. Many businesses also want to see positive initiatives incorporated into trade deals, but they’ve faced competitive pressures to lower rather than raise standards.

So let’s turn the negative side effects of our activities into an economic boon, enlarging the economic pie.

Both Canada and the U.K. are on their own paths towards greater sustainability and have Paris Agreement climate commitments to reduce greenhouse gas pollution. They can reinforce and strengthen each other’s efforts through circular economy trade _ reducing, reusing and recycling in a co-ordinated fashion among businesses and consumers around the world.

We know from previous research that trade tends to integrate economies, reducing trade volatility and increasing trade volumes. Integrating economies may also tend to reduce the potential for violent conflict because the economic sacrifices become too high. Circular economy trade would lead to even tighter integration.

Consumers also need to redefine their role as part of waste reduction/reuse in a circular economy. Circular economy trade can spread these new consumer norms. For example, consumers may choose to buy or lease their appliances, their smartphones, their cars, etc., in the future, and purchase upgrade services instead of throwing old appliances and cars away.

Trade rules can support an increase in the availability of these consumer options. Some of it is already the norm in Europe.

Canada and the U.K. can work together on this modern circular auto industry by co-ordinating on trade and investment. The U.K. has a strong auto industry and Canada could rebuild its own by doing business with the British industry, given the current losing game with American automakers.

A Canada-U.S. auto pact supported our auto industry, so now we need a circular version with the U.K. British automakers would work with sophisticated Canadian partners from a convenient base to supply the hungry and lucrative North American auto market.

Financial services are another area for co-ordination. Canada and the U.K. both have vital banking sectors with different strengths. By sharing their strengths, they can become even more robust and co-ordinate investments in an international circular economy while they divest of fossil fuel investments.

A recent OECD conceptual report examining global circular economy trade calls for more research on the topic. Involvement and support from the WTO would also be helpful.

Future research needs to consider how social justice can be integrated into circular economy trade – for example, by ensuring more stakeholder engagement as part of negotiations and trade agreement development.

Consultation with, and input from, citizens, industry, provincial governments and other stakeholders will all help devise workable circular trade solutions while we carefully balance national with corporate interests.

Our report emphasises the potential for a post-Brexit trade agreement between the U.K. and Canada that could promote and foster a sustainable circular economy around the world. We hope trade negotiators use the ideas to make international trade more sustainable overall.