On March 18, the six organizations issued a joint declaration calling on Canada's Minister of Labour to intervene. 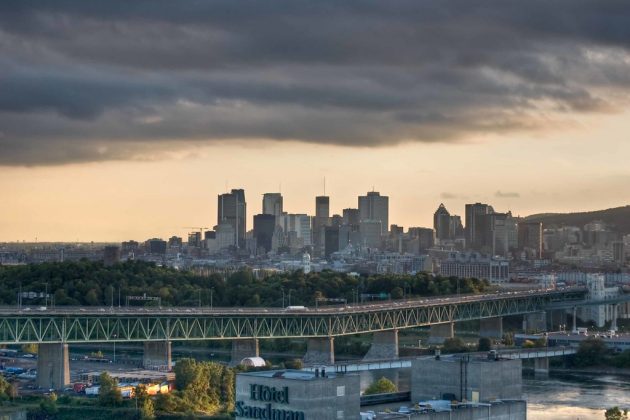 MONTRÉAL — On Apr. 13, the Association du camionnage du Québec, the Chamber of Commerce of Metropolitan Montreal (CCMM), the Conseil du patronat du Québec (CPQ), the Fédération des chambres de commerce du Québec (FCCQ), the Canadian Federation of Independent Business (CFIB), and the Manufacturiers et Exportateurs du Québec (MEQ) announced that they are extremely concerned about the impact of weeks of uncertainty at the Port of Montreal.

A strike notice has been filed by the CUPE Longshoremen’s Union (local 375) to suspend certain activities, including training, overtime, and weekend work. During a joint press conference the aforementioned associations called for immediate intervention by the federal government to ensure activities at the Port of Montreal are maintained at all times and to reassure businesses.

“Maintaining activities at the Port of Montreal is of utmost importance for the Canadian economy,” said Jasmin Guénette, vice-president, National Affairs, for the CFIB. “A second strike in such a short time could have a negative impact on the activities of many SMEs. In Quebec alone, more than half of entrepreneurs are concerned about such an impact. This is a critical moment. The government needs to act quickly. It must spare no effort to ensure we do not penalize SMEs, which have already been shaken by the pandemic.”

“Quebec’s manufacturers and exporters did not sit down at the negotiation table, but they are the ones most impacted by the current situation,” said Véronique Proulx, president and CEO of the MEQ. “This creates a dilemma for local businesses. The uncertainty directly hampers the economic relaunch, just as the Government of Canada is investing billions to restart the economy.”

On March 18, the six organizations issued a joint declaration calling on Canada’s Minister of Labour, the Honourable Filomena Tassi, and the government to make every effort to ensure activities are maintained at the port and reassure businesses. To date, the declaration has garnered close to 450 signatures from all sectors of activity from Quebec and Ontario.


Related Stories
Shipping Federation of Canada warns that a potential strike at Port of Montreal may occur
Feds file notice of back to work bill ahead of looming Montreal dockworkers strike
Ottawa won’t intervene to end dockworkers strike at Port of Montreal: Tassi
Bitume Québec releases another statement calling for an end to the government engineer’s strike