On November 22, CFIA banned the sale of table potatoes to the U.S., pinning the temporary decision on broader Canada-U.S. trade relations concerns. 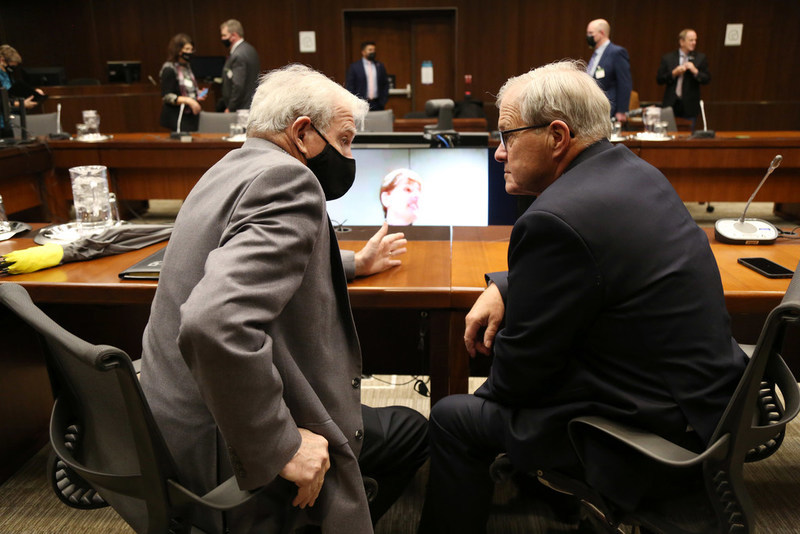 OTTAWA — Representatives of the PEI Potato Board travelled to Ottawa on Dec. 2 for a midday meeting with Marie-Claude Bibeau, Minister of Agriculture and Agri-Food, Dr. Siddika Mithani, president of Canada Food Inspection Agency (CFIA) and other federal officials to discuss the ongoing U.S. trade issue. On November 22, CFIA banned the sale of table potatoes to the U.S., pinning the temporary decision on broader Canada-U.S. trade relations concerns.

“This trade issue is hitting our Island farmers and economy hard,” commented Potato Board chair, John Visser. “We really valued the opportunity to sit down with officials like Dr. Mithani to talk about how we can work together to quickly resolve this matter.”

The smallest province, Prince Edward Island is the largest potato producing province in Canada, growing one-quarter of the country’s potatoes. The PEI Potato Board estimates that more than 300 million pounds of potatoes are stranded on the island due to the closure.

“We used the time to talk in detail with Dr. Mithani and officials about the urgency of the matter,” said Greg Donald, PEI Potato Board general manager. “We talked about the need for timelines and a clear plan to get the border open. Ultimately, we’re talking about a perishable product that needs to get to market, now.”

“The meeting was definitely a strong show of support from our Prince Edward Island Members of Parliament and provincial officials,” said Visser. “We know and feel our fellow Islanders have our backs, and that we’re not alone.”