P.E.I. Potato truck leaves for Ottawa to support farmers in trade issue with the U.S.

Representatives from Island potato farms will join provincial government and industry leaders to hand out potatoes to the general public. 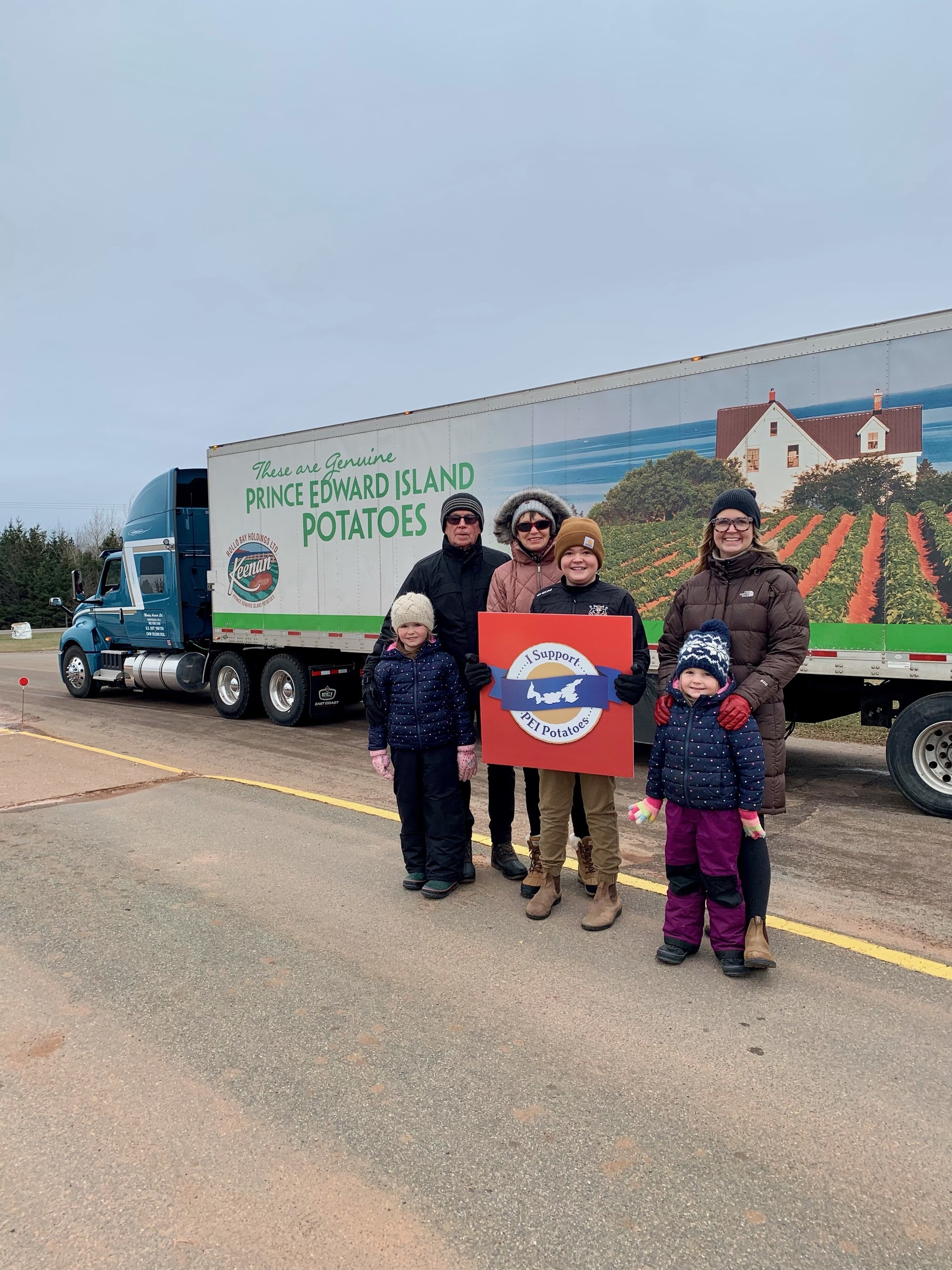 The MacKay family of Prince Edward Island were on hand to help pack and send off the PEI Potato Truck from Charlottetown, PEI, Monday, Dec. 6, 2021, on its way to Ottawa.
Left to right – Everleigh, Harleigh, Susan, Elliott, Robyn and Thatcher MacKay. (CNW Group/Prince Edward Island Potato Board)

CHARLOTTETOWN — A truck load of PEI potatoes – 6,000 bags – departed from Charlottetown yesterday at 6 p.m. on the 1,300-plus kilometre journey to Ottawa where they will join representatives from the Island’s potato industry in a grassroots and broad coalition of groups supporting the cause of PEI potato farmers in the face of a two-week major trade issue.

Representatives from Island potato farms will join provincial government and industry leaders to hand out potatoes to the general public in an effort to highlight the reciprocal affection between farmers and their supporters, coast to coast to coast, who have been expressing their mutual concern and solidarity over the ongoing ban on exports of PEI Potatoes to the U.S.

Interviews with farmers will be available on-site in Ottawa on Dec. 8, including an opportunity to speak with Greg Donald, General Manager of the PEI Potato Board and other farmers.