Businesses are crippled sitting at an intersection of the agriculture, retail, wholesale, exporting, and hospitality sectors 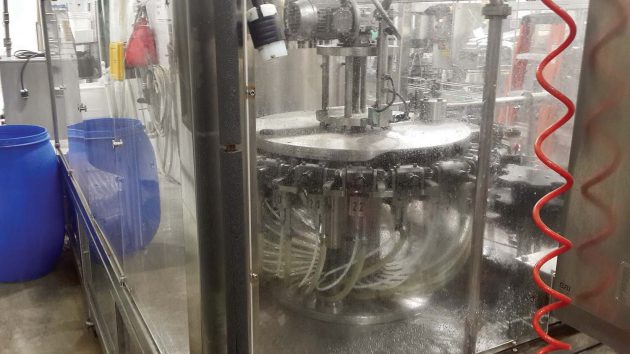 TORONTO — Nicolette Novak is the owner of Good Earth Food and Wine Co., a small winery in Beamsville, Ont., that includes a bistro and offers cooking classes on site. But, like most wineries in the province, government restrictions designed to limit the spread of the novel coronavirus have virtually crippled all aspects of Good Earth’s business.

“I’m a pretty strong person, but in the last few weeks I’ve hit the wall a few times where I thought to myself, ‘I don’t think I can do this anymore,”’ said Novak. “I don’t know how much longer I can hold on, and not know when I’m going to open and try and keep optimistic.”

The winemaking business sits at an intersection of agriculture, retail, wholesale, exporting, and hospitality sectors, which makes it particularly vulnerable during Ontario’s ongoing state of emergency.

Novak says that smaller wineries, like Good Earth, are most affected when it comes to sales.

She has had to cancel all of her cooking classes and the restaurant’s business has dropped off sharply. Although curbside pickup is permitted under Ontario’s restrictions, by their very nature wineries are in sparsely populated rural area where there are few people around to order takeout.

Novak says the wholesale side of the winery business has also been affected, since restaurants aren’t going through cases of wine as quickly as they once did.

“There are colleagues of mine whose big chunk of their business is direct licensee sale to a restaurant, but the restaurants are closing and there’s dubiousness around whether any of those restaurants are reopening,” said Novak. “That’s a problem in terms of collections – will they get paid? – and obviously, the market is gone.”

Paul Bosc Jr., the proprietor of Chateau des Charmes Winery in Niagara-on-the-Lake, Ont., says his revenue streams have dried up in large part because he hasn’t received an exporting or duty free order in months. His agricultural costs, however, have remained constant.

“Mother Nature doesn’t pause for pandemics,” said Bosc. “We’re trying to fund a farm operation, 250 acres of vineyards, four different sites, as if it was business as usual.

“We’ve got about half a million grapevines that have to be tied and pruned, all done by hand. But we’re trying to fund that workforce of about 40 people at a time when our revenues have been cut by at least two-thirds.”

Dan Sullivan, winemaker and proprietor of Rosehall Run Winery in Wellington, Ont., has actually had to spend more on the production side of his business as he elected to have prefabricated housing shipped in from Manitoba so that his seasonal workers had a place to live while remaining physically distant from each other.

According to Vintners Quality Alliance Ontario, wineries in the province’s three wine-producing regions – Lake Erie North Shore, Niagara Peninsula, and Prince Edward County – contribute to 18,000 jobs with a total economic benefit of more than $4 billion per year. Every bottle of VQA wine sold generates $98.20 in economic benefit for the province.

Sullivan says that winery tourism, which generates $850 million per year for Ontario, is a critical part of Rosehall Run’s business.

“It’s the most significant profit centre for us and it’s also the place where it has the largest impact on money being returned to our community,” he said. “We’re extremely concerned that the longer this drags on, the tougher it’s going to be not just for us, but for everybody.”

Most of the 180 wineries in Ontario are family-run operations with fewer than 20 employees.

Although interest-free loans and government benefits for small businesses have helped, many winemakers would like to be reopened along with other seasonal businesses like garden centres or golf courses. They also hope that Ontario wine drinkers will make more of an effort to shop locally.