MIP is pursuing a significant expansion, to a total of 3.2 million sq. ft to support scale-up in life sciences manufacturing. 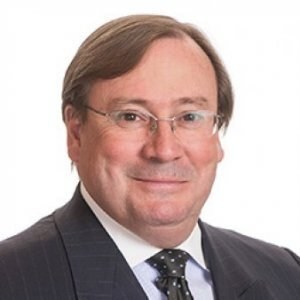 Mr. Gibbins brings global capital markets experience and was Co-Head of RBC Capital Markets, as well as a member of the Executive Committee of the Investment Banking arm of the RBC Financial Group. He was appointed to the European Central Bank’s Market Advisory Committee at its formation in 1999 and also served as a member of the Market Advisory Committee of the Bank of England and the Bank of Canada. He was as an Executive Vice Chairman and Member of the Board of Directors of PCAS – Patient Care Automation Services Inc., Greenfield Financial Group and was Director of Genworth Mortgage Insurance Company Canada for 11 years.

MIP’s Chief Executive Officer, Ty Shattuck, commented, “Now more than ever, we must ramp up our country’s efforts to commercialize life sciences discoveries through the marriage of research, innovation and, of course, capital. We know that with David’s assistance, MIP will advance its position as a leader in the development of our life sciences economy and life sciences infrastructure.”

Mr. Gibbins said, “It is a sincere pleasure to join MIP’s Development Advisory Panel at a time such as this. I am excited by the vision of MIP’s leadership as they drive Life Science, Engineering & Advanced Manufacturing innovations and I look forward to providing strategic capital advice that will attract global investment opportunities and support the growth and development of the myriad of ventures that MIP hosts. I look forward to what lies ahead!”

Gibbins will play a role in guiding MIP’s undertaking of addressing the needs of investors and capital markets in the park’s unending efforts to maximize the full growth and development of its ventures.