Magellan Aerospace inks pair of deals with Boeing for work on 777X, Dreamliner 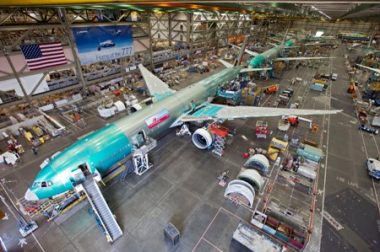 The company said Oct. 13 it has signed a long-term deal to supply complex titanium machined components for Boeing’s 777X program.

Scheduled to take to the skies in 2020, Boeing has touted the new 777X as the world’s largest and most efficient twin-engine jet. Magellan said the components will be manufactured at its plants in New York state and Kitchener, Ont.

Along with the components agreement for the next-generation 777, Magellan has agreed to a long-term contract extension with Boeing for work on the plane maker’s 787 Dreamliner program. Though the company provided few other details, component manufacturing for the Dreamliner will continue at the Magellan’s New York facility.

The Mississauga, Ont.-based company did not disclose the value of either contract.