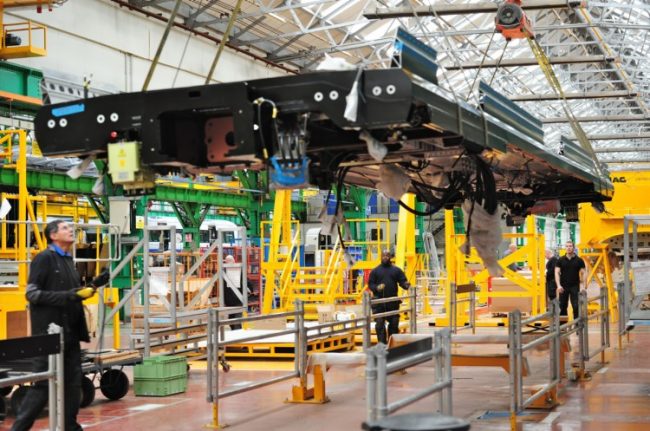 The investment will secure about 1,000 jobs at the Canadian plane and train maker’s Derby, U.K. manufacturing facility. PHOTO: Bombardier

LONDON, U.K.—Bombardier’s Derby works is getting massive boost from what U.K. Transport Secretary Chris Grayling called the country’s “biggest investment in the railways since the Victorian era.”

Announcing the multibillion-dollar infrastructure spend Aug. 10, the British government said the investment will overhaul rail service on the Abellio East Anglia line—which connects central London to counties such as Suffolk and Norfolk in northern England.

Included in the 1.4 billion pound (approximately $2.38 billion) investment is a one billion pound ($1.7 billion) order for 660 Bombardier rail cars. The U.K. government said the order will safeguard more than 1,000 jobs at Bombardier’s Rail Vehicles Production Site in Derby, U.K.

“We’re delighted to be chosen, pending final contract signing, as the preferred supplier for new trains for the East Anglia franchise,” Des McKeon, U.K. commercial director at the Canadian company’s Transportation division, said. “We look forward to working with our customer the Abellio UK, to support them in transforming rail services throughout the region and delivering an enhanced customer experience through the provision of new trains.”

With 8,600 trains running along the East Anglia line every week, the investment is designed to reduce travel times on the route by 10 per cent. it will increase the number of trains operating, as well as the vehicles’ speed.

The new rail cars are slated for delivery throughout 2019 and 2020.