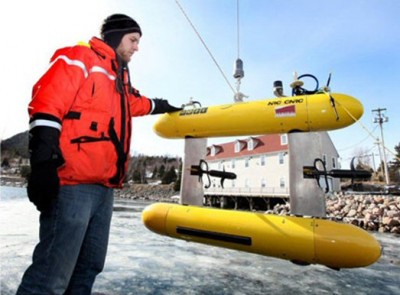 ST. JOHN’S—Kraken Sonar Inc. is looking to wrap up its place in the marine drone market. The company has announced it has acquired the underwater robotics technology and related intellectual property rights owned by Marine Robotics Inc.

The company did not disclose the terms of the deal, but said Kraken now owns the rights to all Marine Robotics’ underwater technology, its intellectual property and related physical assets. Additionally, the company has enlisted the majority of senior electrical, mechanical and software engineers who were previously employed by Marine Robotics.

“We believe that the ocean drone market is at an inflection point and set for major growth,” Karl Kenny, president and CEO of Kraken, said. “This acquisition brings us a significant underwater technology and IP portfolio and continues to build on our sensors-to-systems strategy to be a market leader in the Unmanned Maritime Systems industry.”

The main physical asset Karken acquired in the deal is Marine Robitics’ SQX-500 Unmanned Underwater Vehicle, which can be equipped with payloads and configured with a wide variety of conventional or custom sensors to meet “unique” underwater mission requirements.

“Leveraging these assets and IP will allow Kraken to significantly reduce the cost and risk of future unmanned vehicle developments, including the recently announced active towfish, the KATFISH,” the company said. “In particular, Kraken will be leveraging the innovative actuator and propulsion system design, as well as components of the control system design.”

Kraken noted military and commercial operators are beginning to significantly invest in the marine drone market, and said the acquisition will serve as a “great accelerator” for the company’s push into the market.