Airbus, meanwhile, has said Canada will become its first "home base" outside Europe, giving Canadian suppliers better access to its vast supply chain 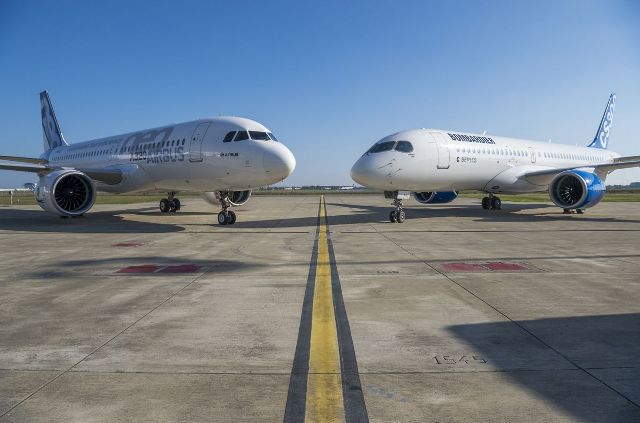 “I think it could be quite good for the Quebec, Canada supply chain (to) service Airbus from here,” chief executive Gilles Labbe said during a conference call to discuss its fiscal second-quarter results.

Boeing’s European rival reached a deal last month with Bombardier to purchase a 50.01 per cent stake in the C Series commercial jet.

Airbus said Canada will become its fifth “home base,” and first outside Europe, allowing the Canadian industry to tap into the company’s supply chain. It plans to build a second C Series assembly line in Alabama while maintaining the primary line in Mirabel, Que.

The Canadian government responded to a trade petition launched by Boeing against the C Series by threatening to cancel the planned purchase of 18 Boeing Super Hornet fighter planes to temporarily augment Canada’s aging fleet of CF-18s.

Heroux-Devtek is a large supplier on Boeing’s 777 and 777X aircraft.

Labbe said he doesn’t expect Boeing’s challenge will have a negative impact on Canadian suppliers.

Boeing has 2,000 people working in Canada and invests US$4 billion a year.

“I don’t think they will change their way of doing business given the circumstances,” he told analysts.

“Canada is part of their supply chain in a big way so I think it’s positive…We need a customer like that to continue to put some work in Canada.”

“When we look out over the next two years, we see operational and financial momentum building for the company,” he wrote in a report.

Spronck said the anticipated ramp in the Boeing 777/777X program and its position in the Embraer Legacy 450/500 and the Dassault Falcon 5X mark the “beginning of an inflection” in earnings growth.